Directed by Ian Valentine (behind visuals for Travis Scott, The Weeknd, Janet Jackson, among others) the video is an animated trip, just as loveable and zany as Deaton Chris Anthony himself. Says Deaton about the video, “‘I Love All My Friends’ is simple in meaning… when we see eye to eye, we smile ear to ear. Friendship rules the world!'” 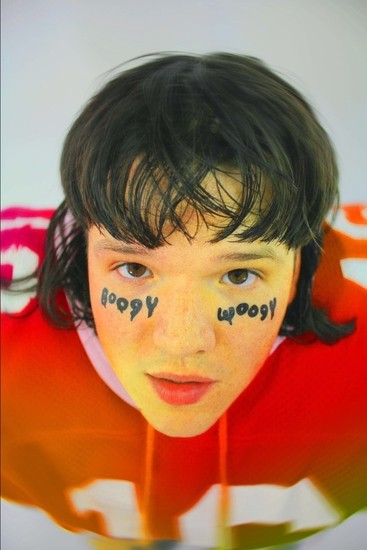 Working across fashion and music, Deaton Chris Anthony is a post-internet artistic polyglot, fluent with multiple mediums, a kind of start-up Tyler, the Creator for a generation that favors authenticity and boundless creativity.

A charming and sweet song blending indie rock & R&B sensibilities, “I Love All My Friends,” is the first single lifted from Deaton’s forthcoming EP. Having previously collaborated with like-minded artists Clairo, Omar Apollo, UMI, Jean Dawson, among others, and winning praise from The New York Times, Billboard, NME, Complex, Fader, Vogue, and more, Deaton’s forthcoming EP is set to be his first since his breakthrough 2019 LP BO Y.