It’s arguable – actually, it’s probable – that optimism is as important today as it’s ever been. Rarely in our lifetimes has there been so much to worry about. If you’re desperate for a little brightness and buoyancy, we’ve got what you’re looking for. A-Lister, a cryptic virtual music working in the multi-genre art-pop world who remains a mysterious enigma, is out with a new single, and it’s a shot of pure California sunshine bright enough to recharge anybody’s solar panels. “Groove-A” splits the difference between contemporary pop, modern soul and funk, electro-rap, and songs inspired by film soundtracks, and does it with style, good humor, and energy to burn. In short, it’s the whole Southern Californian cultural melting pot, captured here in four and a half dizzy, delirious, wonderfully happy minutes of music. 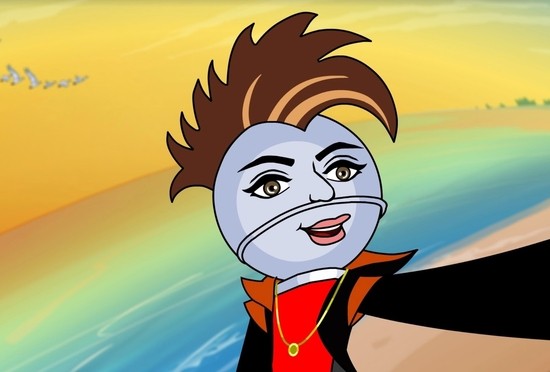 That optimism extends to the name of the project. Billy Idol famously said that he could make himself an idol just by calling himself one; this artist might not be an “A-Lister” yet, but his self-assurance never flags, and he’s winning new fans and followers by the day. By poking fun at the entire notion of celebrity, his nonchalance and casual confidence makes him a natural antidote to the culture of attention-seeking. A-Lister lets the music speak for itself because he knows that when it’s as fun as “Groove-A,” people will naturally gravitate toward it.

A-Lister also has no time for genre classifications. As long as it puts a smile on your face, he doesn’t care what you call the music he makes. That might make him an anomaly in a city as style-sensitive as Los Angeles – but it might also make him ahead of the curve. He certainly sings with the enthusiasm of a man who believes his time has come: he’s warm and welcoming, and everybody is invited to the party. This is one A-Lister without patience for a velvet rope.

The gentle send-up of celebrity culture extends to the playful video for “Groove-A.” In it, A-Lister has taken over Los Angeles: his name is on the marquee at the El Capitan Theater and atop the Capitol Records Building in big black letters, and, of course, he’s got a star on Hollywood Boulevard. But the people singing along to the song aren’t famous. They’re ordinary Los Angelenos captured on the town’s streets, their spirits lifted by their encounter with a lively song. Artist and audience, singer and man on the street: together, they remind us that the importance of music has less to do with popularity than it does with its effect on the human soul.