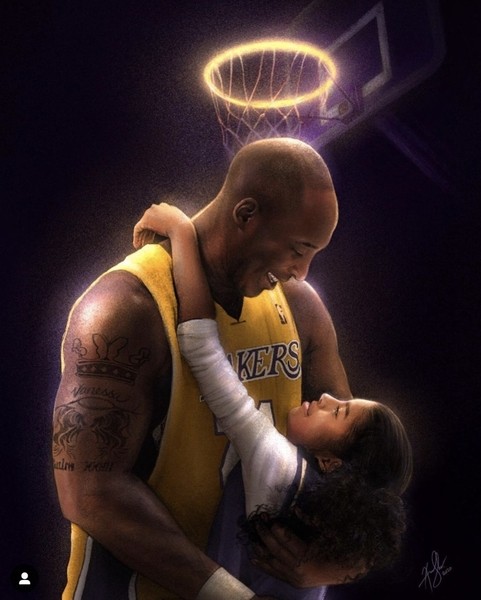 Today, Sunday, August 23rd, marks what would have been the 42nd birthday of NBA legend, humanitarian and father Kobe Bryant, and now there’s a new song ascending into the heavens above Hollywood’s horizon, crowning the many touching tributes paid to late and legendary basketball superstar, who sadly, and tragically transitioned this life on January 26th, along with his 13-year-old daughter Gianna, and seven other souls.
The new musical track, titled “Mamba, We Love You,” co-composed by Annalea Diamond and Tony “Raheem” Thomas, both of Los Angeles, has been released for airing to radio and digital media nationwide. The song is beautifully crafted, artfully composed and lovingly performed, and everyone involved in bringing it to life view it as more than just their talents on display, but more so a divinely received gift.

Boasting masterful writing and performance touches by the acclaimed Thomas, whose body of work in the industry includes performing alongside such luminaries as Patrice Rushen, Donald Byrd & The Blackbyrds, Bobby Hutcherson and others, the track is beyond well-done and a fitting tribute to Bryant’s longstanding legacy of proud, unapologetic manhood. It also lifts up and celebrates his spirited example of sportsmanship, excellence and fatherhood on and off the court. So well done is it, in fact—and such a lush, beautiful track—that it just simply must be heard to be appreciated.

“Thinking ’bout Kobe Bryant, strong like a mighty lion…
Mamba, we love you. Oh Mamba, we love you.
More than a basketball star, he was a family man.
You’ll always be near in our hearts, always and forever.
We celebrate you, miss you, and we’ll never forget you…”