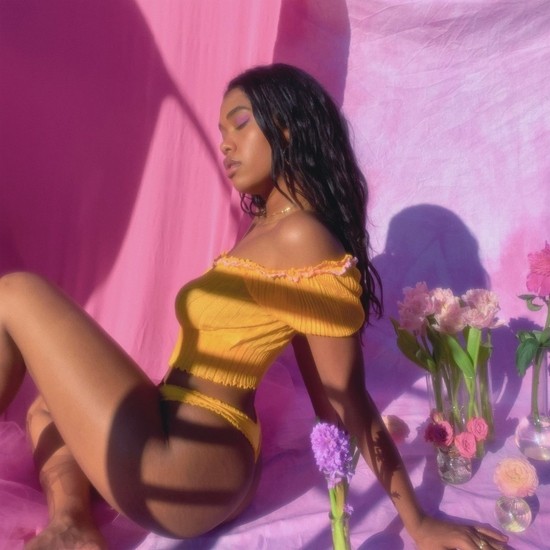 Today New York based singer, songwriter and producer Amber Mark releases ‘Thong Song’, a cover of Sisqó’s turn-of-the-century R&B classic. ‘Thong Song’ is the fifth and final track in Amber’s series of covers and originals titled ‘Covered-19’ that has seen Amber regularly release new tracks entirely self-produced and recorded from her NYC flat during the lockdown alongside home-made visuals – watch the video for ‘Thong Song’ –

Amber’s unique twist on the classic track stylistically follows the debut track of the series; a cover of Nirvana’s ‘Heart-Shaped Box’. Other tracks from the series include originals ‘1894’ and ‘Waiting (Demo)’, and most recently a cover of Eddie Kendricks’ ‘My People…Hold On’ recorded for charity in reaction to the ongoing Black Lives Matter protests around the world, which was recently added to Michelle Obama’s Spotify playlist. Amber also released a short cover of The Who’s classic track ‘The Seeker’ which earned a nod of approval from none other than Pete Townshend, who commented “I’m in shock. So cool. Thank you. You made this your own.”. The series has been hugely popular, accumulating more than 6.5 million streams and earning Amber over 2 million monthly listeners on Spotify.