Tomberlin, the Los Angeles via Louisville, KY artist, has announced a new EP titled Projections with a Busy Philipps-directed video for its lead single “Wasted” The EP, which was co-produced by Alex G (Alex Giannascoli) and band-mate Sam Acchione, continues the arc of her critically acclaimed 2018 debut, At Weddings. The rich vocal harmonies and guitar lines that made At Weddings so riveting still provide the EP’s foundation, but new percussive backing and instrumental flourishes open a path forward for Tomberlin. 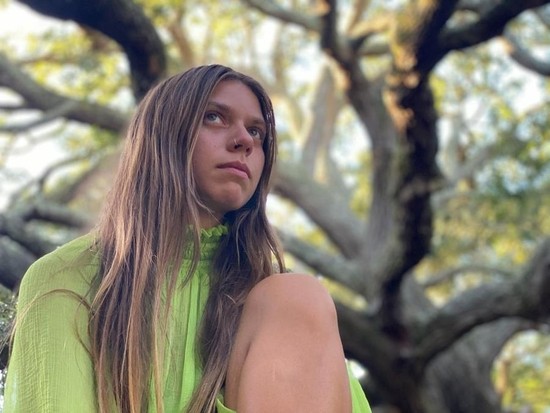 Of the song and video, Sarah Beth Tomberlin says:

“‘Wasted’ was the most fun song to record. I brought the song with the guitar part and knew I wanted drums, but wasn’t sure what kind of beat I wanted. Alex played this drum beat for me and was all ‘kinda left field but maybe this would be cool.’ It took the song to a whole new level. Sad song or summer banger? You tell me. The video was made with the help of Busy Philipps (who directed) and Marc Silverstein (who shot it), who are more like family then friends at this point. I was quarantined with them and their girls in South Carolina and we came up with the idea and shot it in about 4 days on an iPhone.”