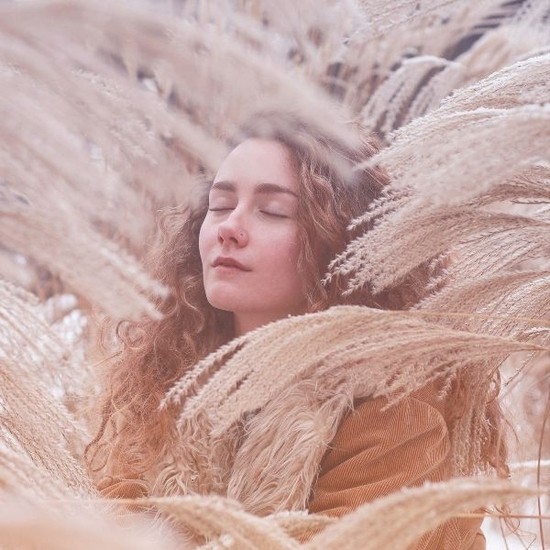 Alexia Avina is an American singer-songwriter previously based in Montreal, now living in rural Massachusetts, whose heavenly music is rooted in ambient, folk and dreampop traditions. Alexia’s new single “Fit Into,” out today, captures much about what makes her so special: minimal, arrhythmic and tempo-based looping, ethereal melodic hooks, beauty, spaciousness and restraint. Her new album Unearth will be released on CDR, cassette and digital platforms on October 9, 2020 jointly by Lost Map Records and, in North America, by Topshelf Records.

“‘Fit Into’ is about the wish to shapeshift oneself into the mould of another person’s desires,” Alexia explains. “At the time of writing, I knew that this was an unworthy aspiration to hold myself to, but I wanted to write a song that tapped into that space of inner longing to be someone else, rather than from an angle of self-judgement.”