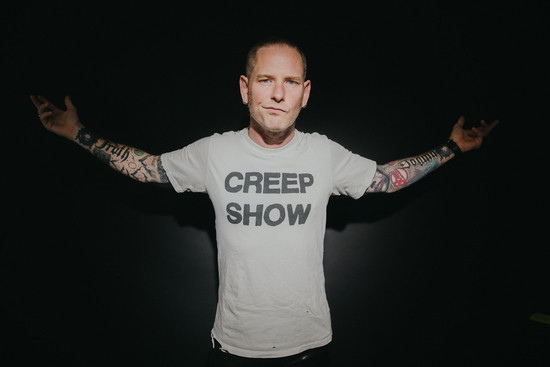 The songs illuminate the broad spectrum of this fiery and fearless rock ‘n’ roll opus, as Taylor touches on lifelong influences ranging from hard rock to classic rock, punk rock to hip-hop. On “Black Eyes Blue” Taylor’s vocals soar with nostalgia, while on “CMFT Must Be Stopped” his rhymes recall his work on Slipknot’s debut record and run alongside bulletproof bars from multi-platinum artist Tech N9ne and UK MC Kid Bookie. The track is joined by a Djay Brawner directed music video, which sees Taylor taking the CMFT championship belt as friends such as Marilyn Manson, Lars Ulrich, Rob Halford, Chris Jericho, ZillaKami and more making cameos.