It was all one glorious accident. The indie pop project known as Bad Veins began as something of a low key solo project for garage rock vet and multi-instrumentalist Benjamin Davis—an outlet for him to document his kitchen sink-symphonic, theatrical-pop compositions in the privacy of his bedroom studio. But when his musician friends came knocking in need of an opening band, he found himself onstage with a 1973 reel-to-reel recorder. 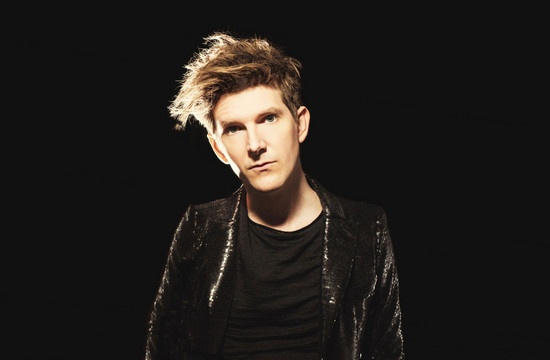 Bad Veins is Benjamin Davis and live member, “Irene,” a 1973 Pioneer reel-to-reel recorder that handles the duo’s lush soundscapes onstage. The project is best described as an opulent hodgepodge of sounds and aesthetics, including warm analog ambience, busted electronic textures, symphonic and choral bits, and stately arrangements and compositional conventions that recall indie Charlie And The Chocolate Factory as much as they recall the blissed-out orchestral indie-pop stylings of producer Dave Fridmann’s iconic work with Mercury Rev and the Flaming Lips.

ESQUIRE:
‘Dancing On TV’ Top 30 songs of the year

THE A.V. CLUB:
‘If you like music that’s awesome, please do not sleep on the new Bad Veins album’

PASTE MAGAZINE:
‘Expect Bad Veins to continue their ascent into the indie stratosphere’

ABSOLUTE PUNK:
‘Don’t Run, which ostensibly serves as the title track, is a sugary pop smash’

SPIN :
featured on ‘songs you need to hear now’

LA MUSIC BLOG:
‘Their trademark live show exceeds any expectations you could have’

POP MATTERS:
‘The Mess Remade is a pop album with an appealingly restless spirit’

ALTERNATIVE PRESS:
‘The cast of instrumental characters is large, but they are crisply choreographed, like a Jason Stathum ﬁght scene’