Australian dark pop star on the rise, CXLOE, today reveals her addictive new single ‘12 Steps’, alongside an equally striking visual which premiered overnight on Complex UK. Standing as her eighth single to date, ‘12 Steps’ is the first to be revealed from a debut body of work due for release later this year. The release of ‘12 Steps’ is teamed with the news that CXLOE has inked deals with Sandlot Records (whose impressive resume includes releases from some of the world’s biggest artists such as Lauv, Lady Gaga, Charlie Puth, Ariana Grande, Nicki Minaj and Selena Gomez) and in global partnership with AWAL Recordings. This new team marks the beginning of the next exciting chapter for CXLOE. 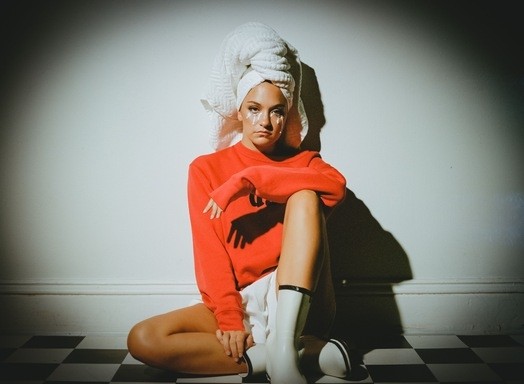 Tackling the inhibitive and often taboo subject of addiction, ‘12 Steps’ sees CXLOE step up to the plate to attack a subject close to her own heart. “‘’12 Steps’ is about addiction. Addiction runs in my family and I’ve always wanted to tell my story in a way that felt comfortable to me and those around me,” CXLOE explains. “The song mirrors the steps of the program through the eyes of a toxic relationship. I’ve spent time over the years becoming familiar with the program and think it is as important to treat unhealthy, toxic relationships with the same attention. Whether the addiction is to alcohol, food, shopping or a person, it all comes back to pain. And that’s something I can relate to. Seeking something or someone to mask pain.”