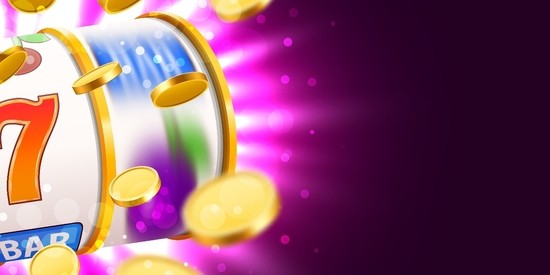 Online casino games are more popular now than they ever been! However, thanks to the online, and electronic, world, the games we know and love have massively evolved since they were first created – especially Slots! Arguably, Slots dominate the online casino pages, with their videogame-esque graphics and in-depth gameplay being their main attraction. Besides real money slots have an upper hand of offering real money playing your favorite slot games.

However, whilst your spinning the reels, have you ever wondered how the world of Slots has got to where it is today? Well, you’re in luck, as we’re here to give you the answers! Read on to find out more!

Sittman and Pitt, a Brooklyn-based company, created the first Slots machine in 1881. The slot, which was similar to a modern day Poker machine, was made up of five drums and a total of 50 symbols! The aim was to line-up Poker hands, with the ten of Spades and the Jack of Hearts removed to increase the house edge – this resulted in the chances of a royal flush rolling being reduced by a half. It was just a nickel to spin the reels of Sittman and Pitt’s creation, however, it had no payout mechanism, so winnings – which were usually in the form of cigars and beverages – were collected at the bar!

Not long after the Sittman and Pitt Poker machines were invented, a San Francisco mechanic, called Chares Augustus Fey, released the Liberty Bell. Whilst the exact date of Fey’s creation remains unknown, it’s believed to have been somewhere around 1887 and 1895.

The Liberty Bell was the first of its kind to allow automatic payouts, but this meant the reels were cut down to three, whilst there was also only five symbols – including a horse shoe, a liberty bell, and playing cards. Unsurprisingly, the highest payout was triggered by landing three bells – hence the name! It didn’t take long for the new-style machine to attract punters.

However, Fey didn’t patent the creation, and it was copied by several other manufacturers – including Herbert Mills, a Chicago-based company, who basically created its successor, the Operator Bell!

In 1964, Bally Technologies, a Las Vegas-based manufacturer, created the very first electronic slot machine, Money Honey. The technology meant faster game play, and multi-coin bets, which ultimately resulted in bigger payouts! The gigantic jackpot, which paid out 500 coins, along with the added flashing lights, meant that the game went down a treat in Sin City, and more electronic machines soon followed suit!

Almost two decades after the Money Honey hit the Las Vegas Boulevard, Walt Fraley came up with the Fortune Coin. Fraley’s creation used a 19 inch Sony TV – the first of its kind – and wiped out the classic drum! However, not everybody was convinced by the new-era of Slots machines, with some players thinking that the electronics were cheating them! It wasn’t until IGT bought Fortune Coin that it became a hit. It made its Las Vegas debut in the Hilton Hotel, before being rolled out across the rest of the famous gambling strip. An online adaption of the classic game is also widely available online!

Reel ‘Em, which was created in 1996 by WMS Industries, was the first slot game to feature a bonus game – something modern day Slots are rarely seen without! The American company laid the foundations for bonus games – which are still more-or-less followed today, including the game taking place on a separate screen, and the opportunity to win cash and free spins!

Whilst the Gaming Club, which was launched in 1994, was technically the first online casino, InterCasino, which opened two years later, are accredited with being the first real-money online casino. The Malta-based company started with just 18 games, but are still going strong today, and are now one of the biggest names in the industry!