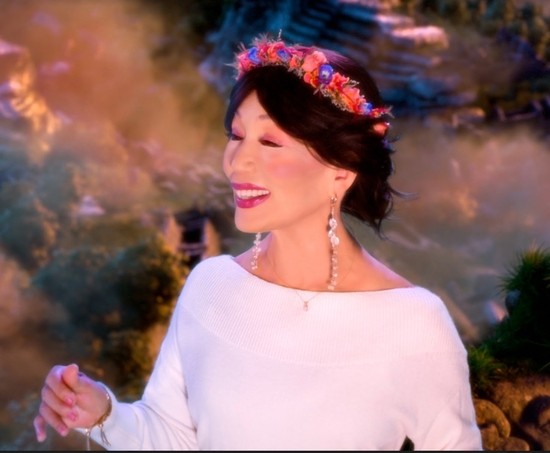 “Lay Me Down”, the latest offering from multi-talented phenomenon Wai Lana (a yoga, wellness, meditation, and healthy lifestyle role model who has inspired millions of people around the world), is more than just a piece of music, it’s a state of mind. And no wonder: creator, director, and host of public TV’s longest-running fitness series, Wai Lana played a key role in helping ignite yoga’s mainstream popularity in the United States and around the world. Every year since 2015, she’s released a new single and video for International Yoga Day, with “Lay Me Down” being the latest message of hope, peace, and inspiration. Music is one of the many balms for the soul that Wai Lana has built a life and following around. Her genuine devotion to wellness encompasses food, exercise, literature, and spending time in nature. Her warm heart and positivity shine through in every note of “Lay Me Down.”

If the title sounds vaguely familiar, it should: the lyrics are based upon a prayer taken from Psalm 4 of the Bible, but it’s a prayer known around the world, regardless of one’s beliefs, upbringing, or age. More than a request or even a thank-you, this prayer is a simple, humble conversation between you and a higher power. The humility and serenity contained within are remarkably fitting for a much-beloved, but always grateful figure like Wai Lana. Swelling strings and stirring piano soothe and energize all at once. Her many fans will recognize the achingly beautiful vocals and sunny, uplifting melodies that made previous singles like “Colors” and “Beyond Time & Space” such instant favorites. It’s also a song about a simple hope for a good night’s rest, which, as Wai Lana would tell you, is essential to our health and happiness.

True to form, the video for “Lay Me Down” is full of gorgeous backdrops and lush scenery. Wai Lana’s spent decades traveling the world to shoot her projects in wonderful, pristine locations to create inspiring visuals for her series and videos. Things being what they are lately, she did the next best thing to shooting on location: she used beautiful CGI to transport the viewer to another place, far from worry, far from care. It’s winter throughout the clip, and Wai Lana invites the viewer along on her picture-perfect, snowy escape. She wanders through Ancient Mayan ruins in South America one minute, to tranquil European snowscapes and a colorful, lakeside Norwegian town the next. But it’s all a dream: she’s never left the cozy, firelit bedroom that bookends the clip. “Lay Me Down” plays like the perfect lullaby for anyone of any age, but especially for those of us who think we’ve outgrown them.