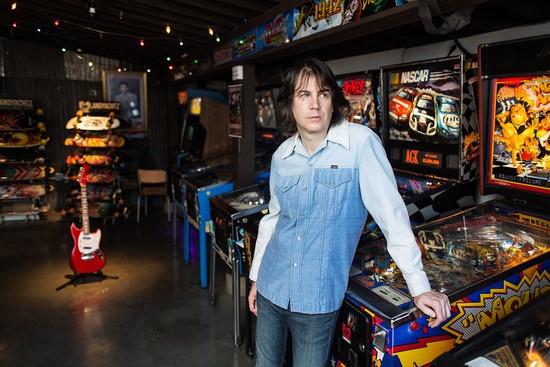 Pennan Brae is the kind of artist who can mine almost anything, chip away at it, and polish it into a perfect radio rock song. Album after album, the singer, songwriter, guitarist, and filmmaker has turned humor, nostalgia, pain, and pleasure into brilliant, intense pop-rock and lush, epic piano-driven ballads. He’s steeped in classic American rock and blues storytellers like Elton John, Muddy Waters, BB King & Elmore James. Medium calls his work the “heady, distinctive, and tantalizing sound of the ’80s,” with Pennan himself described as the kind of rocker who “travels back in time yet remains unmistakably contemporary.” His big, shiny rock songs, built on three or four chords, are classically timeless.

Frustration is the mother of rock- not sex, not sadness, not happiness, not love. The Rolling Stones put it best when they declared, “you can’t always get what you want” and “I can’t get no satisfaction.” And isn’t that why everyone picks up a guitar? Pennan Brae was certainly feeling frustrated on a few levels when he put pen to paper, and pick to string, for what would become “Pay Dirt.” It’s raw proto-punk guitar propulsion, with stop-start verses, glory note leads, and a kick-and-cowbell intro that grabs you by the lapels and demands you pogo along. There’s more pent-up energy, more tension and release, in Brae’s restrained, tuneful vocals than in any unhinged howl, and he sings in urgent lockstep with the track’s bare-bones, lo-fi riffing.

The video for “Pay Dirt” is every bit as relentless and charged as the track, a non-stop patchwork of street-level camcorder shots of New York City back in the days before Disneyfication. Director Rob Fitzgerald went for “bright lights meet vandalism, which summed up everything about NYC in the 70s and 80s.” It’s almost feverish and romantic in how decidedly un-romantic it is: hurried crowds jockeying for sidewalk real estate, subways cars covered front to back in giant tags and gang graffiti, retina-searing Times Square neon, and tenement fires that were as commonplace as getting robbed. It’s the NYC of CBGB; there’s glamour in all that grit. The lyrics splash across the screen in throwback bubble fonts as if sprayed by hooky-playing teens who’ve already ditched their paint cans and hopped the turnstiles.