With a title like “Mind Reverse Hypnosis 432Hz meditation with Romantic Indian Flute Binaural 3D,” this Art Tawanghar presentation sets your listening expectations sky high. This is worlds away from mindless pop music, and Tawanghar’s recordings have always existed on a plane far above most other pedestrian instrumental music. Most all of us believe in the healing powers of music, but there isn’t a truer believer than Tawanghar. To say he is ambitious with his art is an understatement. 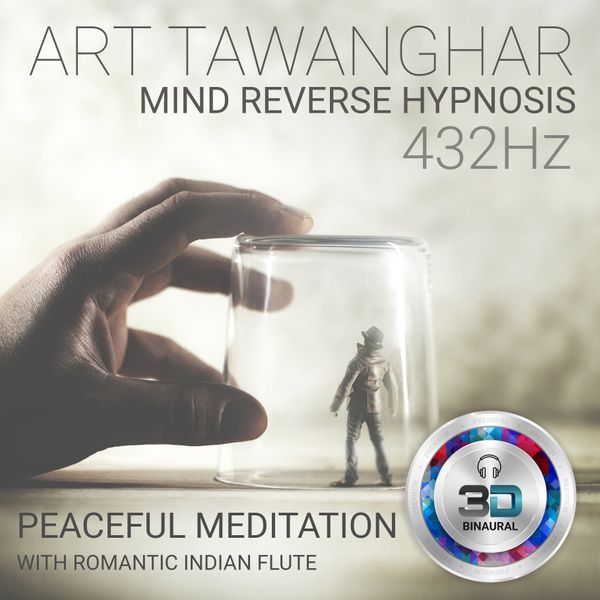 This song – if the word ‘song’ even does it justice – is eighteen minutes long. Most pop songs, as you may know, usually only clock in at three minutes and some change. At eighteen minutes, this track is like an album side you used to hear on late night FM radio stations. It is intended to be an extended therapy, as well as a listening experience. To that end, it’s described as “18 minutes of healing 432Hz music, to help promote: Enhanced meditation, mindfulness, sleep, reduced anxiety, increased focus, lower stress, increased relaxation, improved mood an intended to promote creativity. So, Lady Gaga, put that in your pipe and smoke it!

Instrumentally, Indian flute is this track’s primary instrument. However, acoustic guitar also plays a huge role in its overall arrangement. Melodically, many parts of this recording may remind you of Led Zeppelin’s more acoustic side. No, it doesn’t thump like “Black Dog,” but – in addition to being heavy metal pioneers – Led Zeppelin was strongly influenced by various world music styles. One reason why that quartet’s sound is not stuck in a stylistic time warp is because – even during its heyday – Led Zeppelin was pushing the creative envelope in new and exciting ways. Thus, the comparison is a valid one.

This song is, as you might expect, is both peaceful and rhythmically gentle. There isn’t any pronounced percussion driving it, nor a punchy bass line. Instead, the music tends to sway, much like a cool breeze on a hot day. It’s also a little repetitive, albeit in the best possible ways. The backing music repeats a familiar pattern over and over again, over which a flute solos, like a bird in flight. In the same way a lullaby slows a child’s heartrate down enough for him/her to go to sleep after an overstimulating day’s activities, this music has acts similarly upon the adult mind. As you listen and give in to its control, you find yourself becoming enveloped by the warm atmosphere it creates. Soon, you’re no longer thinking about the various mental distractions that have been plaguing you. Instead, you’re caught up in a beautiful mental place, where peace reigns supreme, and where it’s no longer worth your time to sweat the small stuff.

Best of all, this track does not feel like eighteen minutes of music. In fact, it actually makes you lose track of time after a while. Time doesn’t really matter when you’re in a peaceful state. The only thing that really matters is remaining in a peaceful state for as long as possible. And there isn’t a higher recommendation for a piece of recorded music than that.