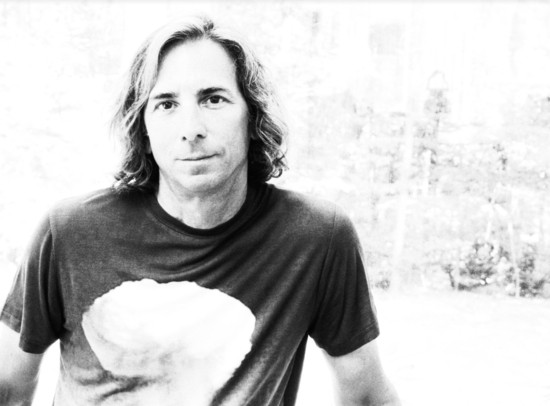 When did “fierce” get hijacked and become all about blue-in-the-face bluster? Mark Davison, the principal songwriter behind Baltimore’s Nuke The Soup, is the rare type who quietly lives what he writes and sticks to his guns. In other words, he’s a true warrior soul. DIY from day one, he’s crafted dynamic, gritty rock his way, independent of any and all outside distraction. He also uses his gifts to share deeply held beliefs on the Earth, humanity, and the often complex intersection of the two. Backed by a band that includes Gerry “Spooky Ghost” Leonard (David Bowie), and drummer Chester Thompson (Genesis, Zappa), Nuke The Soup’s influences range far and wide, making music that’s dead serious, but so incredibly alive. Deeper, their latest, was produced by Kevin Killen (Peter Gabriel, Kate Bush), with an assist from Fugazi’s Brandan Canty. “Oceans and Mountains” is a rollicking revelation of how surprisingly alike we all are.

Sea level and mountain summits: how much farther apart, how much more different, could anything be? Nuke The Soup’s new rocker, with its driving, upbeat jangle and organ, begs to differ: “But whatever paths we roam / Or where we choose to call home / I’ll pursue having you by my side.” It’s a big, beautiful track that crackles with the courage of conviction, keeping it joyous, as though sung from atop a surfboard rather than a soapbox. There are subtle layers of additional instrumentation throughout, everything existing in perfect harmony, thanks in part to a stellar mastering job by Grammy-winner Bob Ludwig (Nirvana, Springsteen, Radiohead). “Oceans and Mountains” is the closer on a record that The Daily Vault calls “a sophisticated, cultured look into the mind of an underappreciated songsmith,” but it’s got all the hook and energy of an outstanding album opener.

The imagery in “Oceans and Mountains” explores territory Davison feels most at home with, literally and figuratively. The four minutes fly by, with stunning shots of surf set ablaze by the sunset, endless mountain vistas, and all the wonder to be found in between. Children play in the sand, and adults forget that they’re adults and spin in warm breezes. Trippy animations of the solar system’s unknowable vastness put our shared existence into delightful perspective. It’s one big life-affirming breath of fresh air, and whether the air we adore is heavy with sea salt or rich with pine, we are always closer to one another than we realize. Sometimes it just takes a great song and video to remind us.