Krief – “I Am The Pillar Of Darkness In Your Life”

““I Am The Pillar Of Darkness In Your Life” is out today! Writing this song, I thought about this path I ended up on, in which I gathered the very basics to stay the course and survive.

I was sold a dream, but it wasn’t my dream.

I thought about how in my darkest hours I found myself surrounded by the exact same type of person.”

Grammy-nominated DJ, music producer, composer and music/film director Sam Spiegel’s new album Random Shit from the Internet Era is out now via Spectrophonic Sound. In celebration of the album’s release, Atwood Magazine is premiering the video for the new single “Don’t Give Up” featuring Sia, Busta Rhymes and Vic Mensa.

Premiere: Sam I Embraces Life with Sia, Busta Rhymes & Vic Mensa in Inspiring “Don’t Give Up”

Singer Jonathan tells us “The dog’s best friend has returned to him after time apart; someone he has really missed. Although the dog is glad to his friend, something is different. He follows his owner to the same bars and then a tragedy occurs. Together they want a change, but then he realizes it’s too late.”

Watch the new video from Chicago’s Ganser for “Emergency Equipment & Exits” via Under the Radar!

The video, directed by the band, follows Alicia Gaines (vocals and bass) intuitively walking away. In the video, the band explores the possibility of finding greater clarity beyond our immediate reality. What if you gave in to that urge to just leave?

“This is the 4th video from our upcoming album Revolver. This could be interpreted as the revolver’s origin story.

Southern Ontario’s Kadeema are charting a new path with their debut eight-song EP, Napoleon Tornapart, officially available to stream + purchase wherever you get your music today.

Toronto, June 25th, 2020, Flight School is back, releasing another summer anthem with “More Than A Little” ft. JRDN, following their debut single which earned them the highest debut on Canada Top 40 since 2016 and reaching #14 on the chart. Co-written by Jenson Vaughan (Post Malone, Kygo, Zedd) and mixed by DJ Swivel (The Chainsmokers, BTS), “More Than A Little” is a Caribbean influenced song filled with infectious melodies and catchy builds that help guide the track to a massive climax everyone will be singing along to.

Sometimes a piano and a confident voice are all a song needs to get its message across. Liz Brasher’s new release, “Sad Girl Status,” is just that; Brasher’s acclaimed half-Dominican, half-Italian, and soulfully southern voice upheld by her own piano accompaniment. Out now, “Sad Girl Status” is Brasher’s emotional follow up to her 2019 debut record, Painted Image. “Sad Girl Status was really born out of what I felt was a low point in my career, and subsequently my life, towards the end of last year,” says Brasher, open and honest. “After releasing [Painted Image], I watched everything fall into a stalemate.

“Up In Smoke is a depiction of ones internal anger, frustration and feeling of suffocating in the midst of a chaotic world filled with tension and uncertainty. The song touches on a lack of control in our current situation and the ability to renew our selves, bounce back and settle with our past” says the band.

Peter Katz – I Will Never Leave You – Available Now

“”I Will Never Leave You” is a love song to self. When I first wrote that lyric, I thought it was for someone else, but it became clear that the person I was writing for was in the mirror.

Oftentimes the first person we sacrifice is ourselves, which ultimately means we can’t be of service to anybody. I’ve certainly been guilty of this at times.”

Glide Magazine states, “Set to a twangy Americana soundtrack, Bronson taps into some of his finest crooning with a touch of Chris Isaak and a touch of Jason Isbell. Even though this is a song that was inspired by anger, there is a sense of soothing calm that comes across in the mellow music and Bronson’s swooning vocals. He has long been a majorly underrated artist, but this song serves as a reminder of the high level of quality Bronson possesses in his songwriting craftsmanship, singing and overall musicality.”

Diplo shares video for “Do Si Do” featuring Blanco Brown

Today, 18-year-old singer-songwriter sensation renforshort releases the Mike Shinoda mix to her frenetic power-pop anthem “i drive me mad”. Shinoda gives a fresh take on the production of the personal track, written from ren’s own experience with the suffocating chokehold of anxiety.

A heartfelt track that’s steeped in emotion, ‘Kings’ sees Sam use his powerful vocals to communicate the love for the men in his life.

“Don’t Wanna” is the sixth song HAIM shared from ‘Women In Music Pt. III,’ their new album which they released on Friday. ‘WIMPIII’ quickly soared to the top of the iTunes albums chart in the US upon release and the band’s new album has been welcomed with an outpouring of critical acclaim and rave reviews. Featured as The New York Times’ “Critic’s Pick,” the Times described the album as “their sharpest and most adventurous songs yet,” while Pitchfork named the album “Best New Music” and praised the band for “their most intimate writing and most experimental production.” Esquire called the album’s production “perfect” and Billboard heralded ‘WIMPIII’ as “triumphant.”

Out in the vastness of space, hurtling through billions of miles of unexplored emptiness, you can just make out the sounds of the intergalactic pop circuits of Glorybots. Or you could, if there was anybody out there to hear the swirling musical impulses of terrestrial noisemaker Jalal Andre, the architect behind Glorybots’ sci-fi landscapes and cosmic rock riffs. The Seattle-based singer-songwriter and multi-instrumentalist has been dismantling a legion of sounds for well over 20 years, spending a good deal of that time with Washington State indie rockers Echo Texture. And while he found a welcoming haven for his brisk riffs and emotionally driven lyricism within the band, there were times when his creativities led him down stranger and darker avenues of melodic abstraction.

Brooklyn-based Miserable chillers share “La nave del olvido,” the first single off of the upcoming album Audience of Summer, due out August 7th via Baby Blue. A bright, dreamy, and slightly psychedelic indie pop track, “La nave del olvido” is about a deep sea voyage that discovered plastic bags and other trash amongst undiscovered creatures.

Dublin- based singer/songwriter Kevin Casey releases a driving rock anthem entitled “It’s Alright.” Complete with chugging guitars, layered vocals, and lyrics that capture the zeitgeist of this moment in time, Casey presents a hopeful soundtrack to the summer. The steady rock beat and full, pulsating instrumental arrangement explodes with harmony and wailing guitar solos. The single lies in contrast with the tender, reflective double A-side “The Show Goes On” that Kevin released in March of this year, showing Casey’s musical versatility.

“Featuring the ghost of 368 Ponce de Leon, an underground DIY historic arts mansion in Atlanta, Ga. Home to countless musical, theatrical, art exhibitions through the years, as well as an collective living space, now emptied and for sale under the wrath of ATL’s rising cost of living.

The protagonist of the song is followed as she dances through abandonment and hosts a medieval theater show in the pink rose garden. Shot on Ektachrome super-8 film.” – Immaterial Possesion

NYC-based art punks Rich Girls share “The Fighter,” a new single, an anthem of low-key defiance. From frontwoman Lusia Black: “Fuck bigots, it’s all I thought about this year. If it’s about anything, it’s about that.”

The Deli states, “Against a forward-facing, march-inducing beat and heavy reverb electric guitar, bandleader Luisa Black’s vox maintains a steely defiance, embedding the track with an energy that’s both haunting and invigorating for the listener.”

END_OF_DOCUMENT_TOKEN_TO_BE_REPLACED 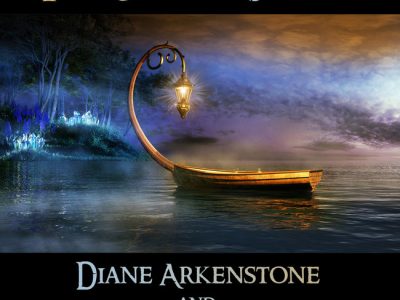