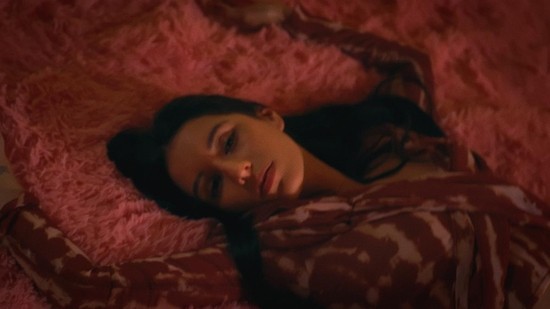 Loyal Lobos—the artist moniker of Bogotá, Colombia-born, Los Angeles, California-based Andrea Silva—today released the vibrant, sensual video for her new single “Si Te Portas Mal (Be Bad)” directed by Diego Trenas & Loyal Lobos. The song is the third released off her forthcoming debut album Everlasting, executive produced by Teddy Geiger (Lizzo, Shawn Mendes, Leon Bridges) and out August 7th via AWAL. “This song talks about my experience as a human being and as a tenacious and delicate woman. I feel that the best thing I can do is to speak my truth through my songs so that it’s a story for some to listen to, a validation for those who identify with it or a threat to those who want to bring it down. Everything works,” explains Silva of the lyrics, which are sung almost entirely in Spanish. “We filmed the video between Cundinamarca, Colombia, and Big Bear, California, with the help of my friends and family, to whom I owe many favors!” “Si Te Portas Mal (Be Bad)” is now available to stream at all DSPs.