Marius Holth is a Norwegian singer/songwriter & composer whose musical tastes run the gamut. ‘Wild Poem’ is his latest release and the 12-song set is wildly inventive. It comes as no surprise to me to find out that Marius has an extensive background in stage production and musicals because there are heavy theater-like elements throughout the entire album. ‘Wild Poem’ is one for the ages that can speak and relate to many people in the world today. 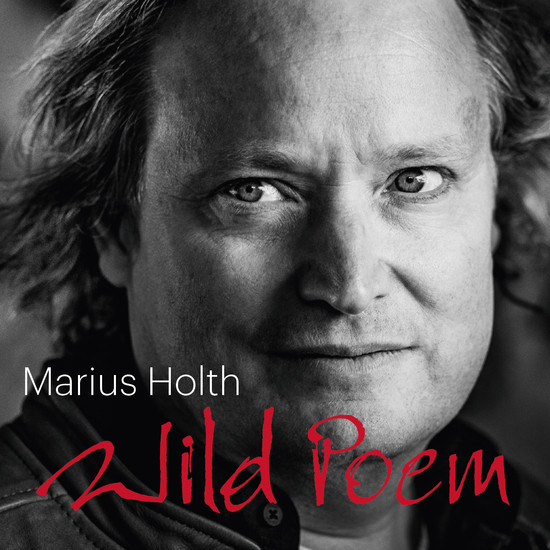 You get that theatrical side right out of the gates on the opening number, “Gypsy Priest””. This song exhibits deep storytelling set to a musical drama performed by the incomparable maestro, Marius Holth. Up next is “The Candidate” that has my vote for one highly original composition that comes complete with a smooth, free-flowing style. On track three, “Lady On Foggy Lake”, one will hear a soft yet striking melody where “Mother Nature’s calling”. Marius is making a big splash with “Lady On Foggy Lake” with a wonderful arrangement and superb orchestration. Next, slither into the “Lizard Song”, which provides a savvy & slick tone that glides along with the utmost grace & balance. Enjoy a slow & steady pace on “The Road To Anathalia” and then prepare to be mystified by an enticing intro and a song full of natural wonder & royal surprise on “Imaginary Queen”. Track seven, “The Ventriloquist”, reveals a real character that comes to life courtesy of Marius Holth’s gripping performance. I could picture “The Ventriloquist” being set to a popular play or musical, so maybe Marius can pull some strings and make that happen! Moving along, “The Voice From Within” is calling you and what is portrayed is a strong presence and quite a climactic effect. “The Voice From Within” truly speaks volumes as this song really climbs and has Marius reaching for the stars. “Falcon” is taking flight ever so gracefully and is equipped with the finest precision. The title track gives the listening audience imaginative verses that move you and makes for one exhilarating experience with “Wild Poem”. Track 11, “At The Edge Of Time”, a calming sensation rushes over you while Marius ends the show with direct & relevant lyrics that have immediate impact on “Ave Maria”. When Marius sings the line “Ave Maria”, you just have to stop everything and take it all in because his voice sounds so well-trained and commanding.

Marius Holt’s unique style will captivate audiences everywhere with its dramatic effect. The overall dynamics displayed on ‘Wild Poem’ are something to witness where Marius gives you everything he’s got. Vocally, musically, lyrically and artistically, Marius delivers a solid punch of originality. ‘Wild Poem’ has been written and now I can’t wait to see and hear what Marius Holt has in store for us next time.