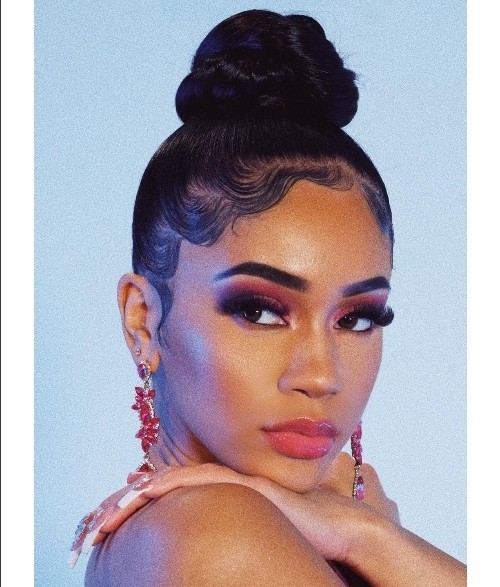 Saweetie’s forthcoming project Pretty B*tch Music, featuring production by Timbaland and Danja, is slated for release this summer. Pretty B*tch Music is a movement encouraging all women to define their own Pretty; Saweetie’s empowered meaning of B*tch = Boss. Independent. Tough. CEO. Hyphy. Saweetie also continues to expand her Pretty B*tch empire, recently teaming up with PrettyLittleThing for a second collection with the brand titled “At Home With,” donating all proceeds to Black Lives Matter.