Real fans know: the sound of the classic R&B of the 1990s is the sound of now. Everybody currently working in the style aims to capture some of the magic that was ambient then – the atmospheric quality of the mixes, the effortless tightness of those groups, the seamless amalgamation of hip-hop rhythms and soulful vocals, the unapologetic sexiness. If you lived through the era, you know how good you had it; if you didn’t, the evidence is right there on record. “Hotel,” the latest single from the sizzling A.T.L.D.V., wasn’t recorded a quarter-century ago, but it might well have been. In its party-starting sultriness, its swagger, and its inviting sound, it channels the 1990s. In other words, it couldn’t be more contemporary. 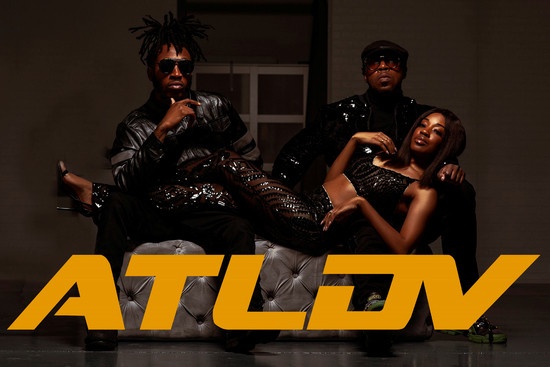 What’s their secret? How have they succeeded where countless other songwriters and producers have fallen short? For starters, they understand and respect the roots of the style. A.T.L.D.V. is a real band – those gossamer-smooth vocals and sweet harmonies rest atop grooves programmed and played by a supple, flexible ensemble. “Hotel” doesn’t just cajole and seduce. It also makes listeners feel like part of the crew. The musicians of A.T.L.D.V. sing and play in the near-telepathic way that only friends and associates can: everything they do makes their personalities and relationships manifest. The name of the A.T.L.D.V. album – #THEFUTUREOFRANDBBANDS – doubles as a manifesto. Anybody who has seen the group in concert knows that the future of the R&B band is in very good hands.

The clip for “Hotel” doesn’t have the same ’90s-style kinetic energy of the stage show: there are none of the impressively precise whole-group dance routines that have become an indispensable part of the A.T.L.D.V. identity. Nevertheless, the sense of propulsion – and good fun – that animates all of the group’s projects is unmistakably present. The camera catches the band at play in a boutique hotel: everything is stylish and inviting, everybody is sharply dressed, and provocation is the only rule. And just because the members of A.T.L.D.V. aren’t under the stage lights doesn’t mean they can’t synchronize their moves brilliantly. One dazzling choreographed sequence occurs in front of a hung bedsheet in the middle of a well-appointed guest room. The invitation to misbehave is hard to miss. The video culminates with a late-night card game between the group members, which provides a perfect visual metaphor for the kind of give and take and easy camaraderie that all real R&B bands possess.