Gil Scott-Heron’s “The Revolution Will Not Be Televised” is almost half a century old. The poem, which is one of most famous pieces of resistance literature in the English language, feels as fresh today as it did in 1971. Scott-Heron’s verses continue to inspire all those who believe in the purity of political expression and a kind of social justice that can’t be co-opted by mainstream consumer culture. It resonates for people like the musicians of the NOLA Resistance. These artists, activists, and true believers have been fighting for freedom for years. They’ve earned the right to update Gil Scott-Heron’s words because they’re absolutely dedicated to their spirit. 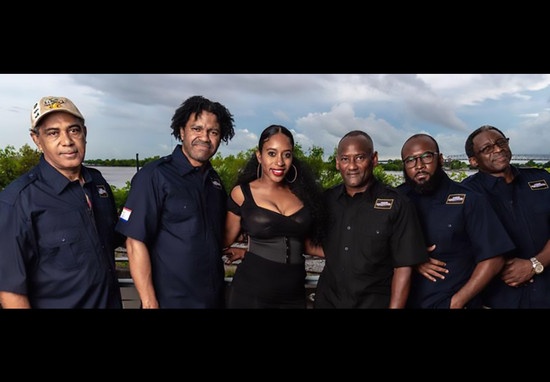 That’s why “The Resistance Will Not Be Televised” is far more than a cover or a simple reinterpretation. It’s an acknowledgment that we’re beset by many of the same demons we faced in the early 50’s and an appraisal of the scope of the challenge we face. In many ways, our adversaries have become more sophisticated, and the lure of those who’d commercialize rebellion has grown harder to resist. “The Resistance Will Not Be Televised” feels like a shot of pure oxygen: some needed clarity in a confusing time, fighting words, a rallying cry. The NOLA Resistance names the right names, and shakes an accusatory finger, and lets the listener know where she won’t find comrades (mass media, corporate-controlled social networks) and where she will (the streets).

The band’s self-titled, debut release is produced by New Orleans-based, MMD Music Group, in partnership with the Working Californians Research Fund, and is now available to download or stream. The NOLA Resistance knows plenty about camaraderie and creativity. For decades, the members of the group have been deeply involved in the Blues, jazz, R&B, and soul scenes in New Orleans. They’ve worked with musical royalty: Dr. John, Cyril Neville, Deacon John, The Meters, Tony! Toni! Toné, to name a few. They’ve applied everything they’ve learned about funk to “The Resistance Will Not Be Televised,” matching an incendiary recitation by Gralen B. Banks to a powerful groove and raising the stakes with a rapped coda from Kevin “Unscripted” Joseph. The beats are designed to get the floor shaking –but the musicians always make sure they communicate. Given the emphasis on the words and the message, “The Resistance Will Not Be Televised” practically demands a lyric video, and we’ve obliged with a clip that fits the song and the poem to images of marchers in massive numbers. Every bold-lettered word is an exhortation for change, and every frame in the clip is a prayer for equality and justice for all.