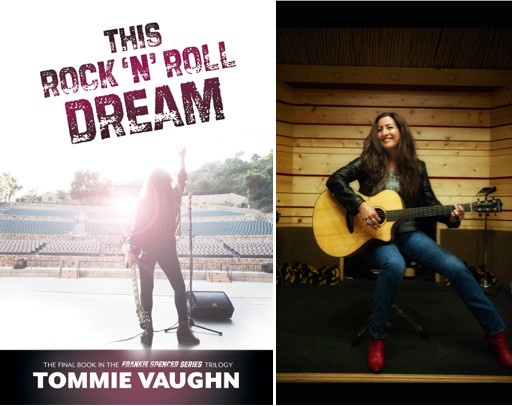 “I wrote the song during the fires in California, and our bass player at the time, Ryan Hensley, was having relationship issues that were interfering with the band- it was the perfect inspiration to the song. Then Ryan ended up leaving the band, and we were all heartbroken, giving the song new meaning. For the video we wanted to let go of the past and move on to the future with our new bass player Michael Robinson, lending the feeling that we have been reborn from the ashes, to fly again. The song itself features both Ryan and Michael on the bass, playing different parts on the recording, which was pretty cool for everyone involved. The video premise was of the loss and rebirth for the band. It was shot in the Santa Ynez Valley at a private ranch near Gainey Vineyards, at one of Tommie’s longtime friends, Mark Donofrio home, and around his beautiful StarterFarm. And features the incredible and talented fire dancer, Kamala Mathis of FireGroove, another longtime friend of Tommie’s. The crew is all the same from our Tornado Video, with the exception of Adam Hawk Jensen, who wanted to help direct and edit the video in postproduction, along with JNorth Productions and Tommie Vaughn.”