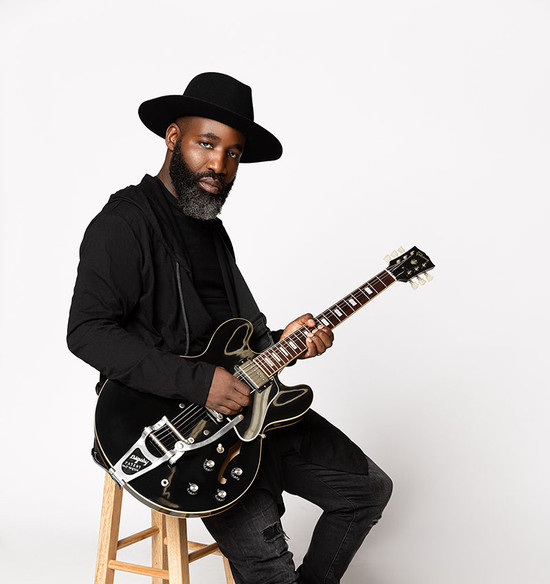 Violence against people of color is a persistent stain on our country’s honor. Artists have often addressed the epidemic of police shootings in songs, sometimes metaphorically, and sometimes with admirable candor. But we don’t think we’ve ever heard any singer lay out the case in language any more plainspoken, pained, or poetic, than Sanya N’Kanta does in “Silence Is Violence,” the latest single from his album The Counterfeit Revival. In a few tight verses, he lays out the full emotional case against state oppression: the shattered lives, the broken families, the discrimination, the mutual misunderstandings that tear at the fabric of society. N’Kanta delivers it all in a voice that is comforting and authoritative, heavy with pain, and admirably firm with conviction.

Yet it’s not a broken voice, and “Silence Is Violence” is not a statement of defeat. Instead, it’s a plea on behalf of interpersonal compassion, and a fiery denouncement of cruelty of all kinds. The track is the centerpiece of The Counterfeit Revival, an album that establishes the Jamaican-born singer, songwriter, and guitarist as a force for moral as well as musical clarity. His hybrid of soul, contemporary pop, sleek electronic music, hip-hop, and heartfelt blues is his alone, but it’s also immediately familiar and instantly ingratiating. “Can’t Stop Thinking Bout You,” the lead single from the set, is a searing, propulsive, house-influenced pop track; “Silence Is Violence” steps back from the dance floor, but doesn’t lessen a bit of the intensity that N’Kanta is known for. Instead, he’s redirected it, and given us a smoldering, slow-burning statement of intent.

A song as direct and forceful as “Silence Is Violence” deserves a video to match, and Sanya N’Kanta has obliged with a clip that pulls no punches whatsoever. The narrative in the video hews closely to N’Kanta’s storytelling – if he’s singing about it, chances are, it’s happening on screen. The singer takes us to a playground, where two African American tweens are playing with a toy gun, and putting themselves in terrible danger. We’re shown the well-meaning but clueless onlooker who calls the police, the frightened officers, and the beleaguered older sister, who does what she can to keep the children out of trouble and is escorted to the back of a squad car. It’s an old story, and, alas, a deeply American one; here’s a song and a video dedicated to the day when we won’t have to tell it anymore.