Jessie-May Kitchen has released her first EP. It is titled “Zone Out”, and it features the songs “Blue Skies”, “Calm In The Eye Of The Storm”, “Shootin Daisies”, “Nightmares”, and “Head In The Clouds”. Fans of indie, folk, and pop music should give this album a listen. A music video for “Blue Skies” is to follow. 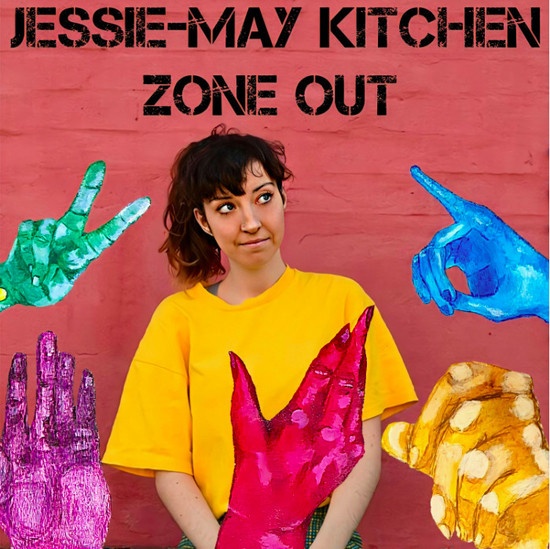 Kitchen makes her sound apparent throughout the album, and does not often stray from her mid-octave vocal range. She sings the lyrics in the range that feels most comfortable to her, instead of straining herself trying to hit high notes. Still, Kitchen has proven able to hit high notes when she wants.

Most songs on the album are mid-tempo. The melodies are catchy and light-hearted, with the lyrics often providing a sense of wonder and optimism. While Kitchen often sticks to acoustic guitar in the instrumentation, there is some experimentation going on in “Head In The Clouds” with some electronic sounds added in the background. Perhaps that is the reason why it is the final song on the album. While the song is different in style than the previous four songs, it proves her versatility and therefore is a worthy addition.