L.A. singer-rapper Steven G finds more or less the exact midpoint between sleekly stylish R&B and slyly playful hip-hop, landing on a monster sex-jam earworm in “Handcuffs.” An engaging presence with an easy smile and a few million streams to his name – seriously, the chorus to this thing can get stuck in your head for days – Steven G has all the commercial potential in the world. 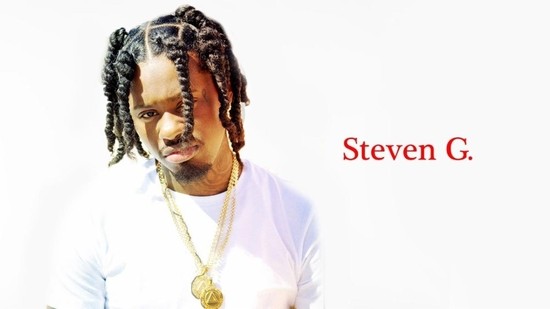 Steven G is excited to officially release his single “Handcuffs” via Entertainment One (eOne).

The single is buzzing gaining over 2.1 million streams on Soundcloud and over 3 million streams and climbing between Spotify and YouTube. Steven G joins the list of singers bringing the new generational R&B sound to the current music game. Produced by 15Hunnit Boy of the hit making collective 1500 or Nothin,’ check out LA’s new rising star new single “Handcuffs.”

Handcuffs is off his latest project ShowGreat3 : “ShowGreat 3 is my best project so far. The energy behind this project was just Lit! New deal, new living situation, new car – just great vibes all around. Myself and my team were in the zone. Big ups to 15HunnitBoy, and J Classic. My favorite track would have to be “Handcuffs” & “Blue Hunnads” for sure! I’m gonna try to always keep the ShowGreat series going. I don’t see it ending anytime soon.”