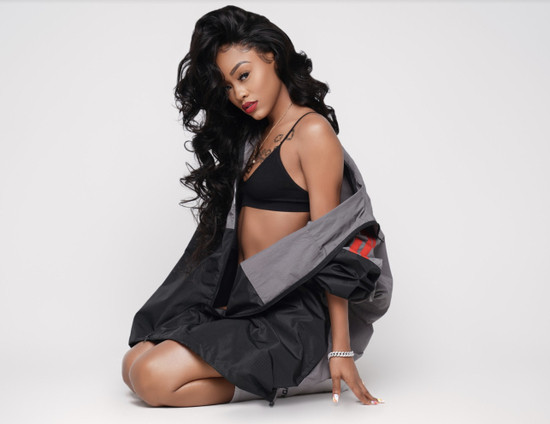 Ann Marie hails from Englewood, a neighbourhood on the South Side of Chicago. Releasing consistent bodies of work alongside her collaborative work, the 23 year old steadily built a legion of fans over the past three years crafting her own lane. 2019 has been a massive year for the Chicago artist kicking the year off with the release of “Secret” feat. YK Osiris — the slinky R&B track has accumulated over 35 Million views on Youtube in less than 5 months. That landed the songwriter/performer to sign with Youtube’s “Foundry” program and inking a deal with Interscope this summer. Not shy in front of the camera — once a young actress — Ann Marie shot her first fashion brand campaign with JD Sports US which is out now. Now celebrating over 100,000 streams per day on Apple Music, an additional 450k+ streams on Spotify, Ann Marie has earned her place as one of music’s most intriguing new artists.

“Ann Marie’s silky vocals are inspired by a past era of R&B, she isn’t a throwback though; her blend of hip-hop cadences and traditional R&B melodies isn’t contrived for the purpose of inspiring nostalgia.” — Pitchfork

“The sultry R&B stunner hasn’t been holding back, translating a sense of female empowerment through her sincere lyricism.” — Hypebeast

“…The new project effectively introduces a sultry and affirming new voice as Ann Marie delicately masters a balance of grit and sensuality in one go.” — Hot New Hip Hop