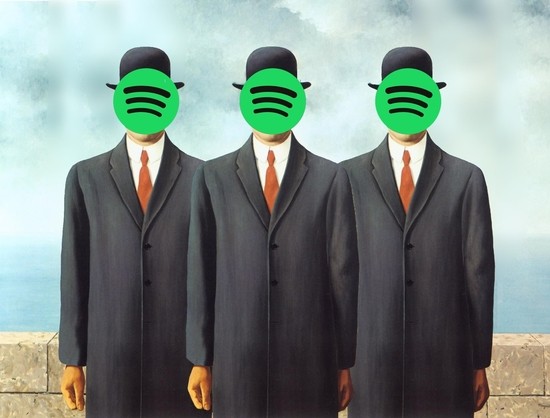 By the end of March in 2020 Spotify has generated 130 million premium users worldwide, and like Netflix and Zoom, the pandemic is benefitting Spotify’s bottom line.

If you are a Spotify Premium member you may have been offered a Google Home Mini, or even a free subscription to Hulu — don’t worry if you weren’t — there are plenty more perks coming your way. The latest premium Spotify perk is a little more interesting. Spotify is beta-testing an interactive component to their application. A limited number of premium users can now engage with a new feature called “Group Sessions.” Sharing a scanned code with other users, Group Sessions allows multiple users to share the playback controls of a playlist. As the playlist is edited it is updated on all the group members’ devices — including the ability to play, skip and delete tracks from the list in “real” time. The sessions lasts indefinitely — or until an hour after activity has ceased, and, for now, there’s no ceiling to the number of participants in the Group Session.

The new Group Session feature was originally being tested in late 2019 but is now being rolled out gently in response to, and taking advantage of, the new “quarantine” environment being endured by it’s user-base around the world. 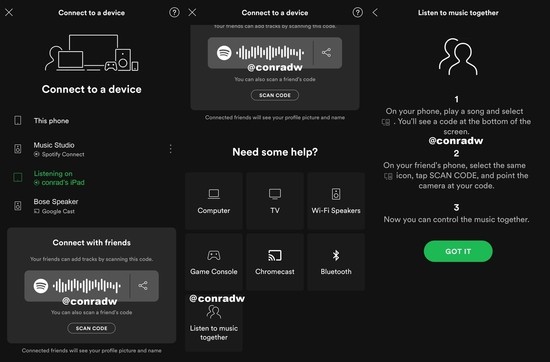 CAPTION: “Connect with friends” dashboard for Spotify on the iPad.

When you consider the world now has over three billion smartphones, and the ability of Spotify to penetrate to in-car or vehicle dashboard software — the growth path for Spotify appears to be exponential. Apple must be feeling a little bit more nauseous than usual

ABOUT: Conrad Warre, writes for tech & music publications and is the lead guitarist of the Boston-Based acid blues band “Bees Deluxe.”