TWO, a new duo featuring Aja Volkman and Dan Epand from LA indie rock outfit Nico Vega, release their highly anticipated first single “Phoenix” and announce that their debut EP, Pull the Knife Out, will be coming in June. 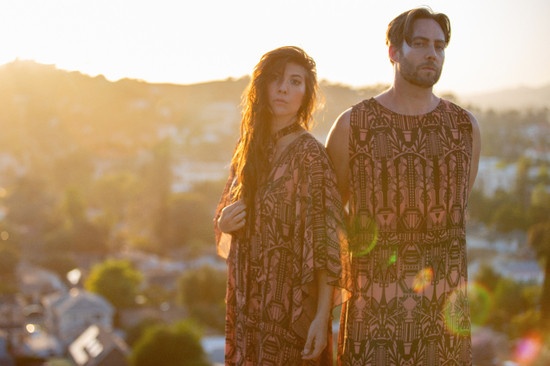 Aja Volkman of TWO says, “I took a long departure from heavier music. Mainly because having kids really took all of my creative energy. Dan and I have always remained close and supportive of each other. He has been my cheerleader for over a decade. Over the last few years we have had some things brewing and it finally feels like the right time to open the gates. We are ready
to take people on a journey.”

Dan Epand of TWO says, “Aja and I have a lot of history working together… So when we started this new band, we didn’t really know what it was going to be… which is the best place to start! With “Phoenix”, it seemed to naturally bridge the acoustic, singer/songwriter vibe of some of Aja’s solo music, with some big drums and the bombastic intensity of Nico Vega. It felt like a step in a new direction. It was the launching off point for this new collaboration… so it seems like a natural way for us to launch this new band!”