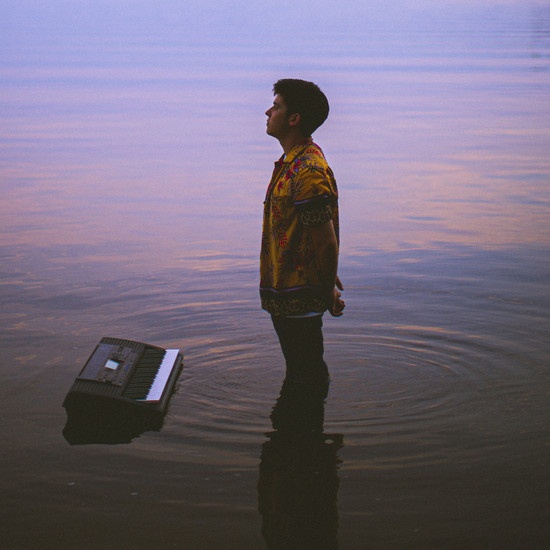 While many up-and-comers look at the world like it’s their playground, David D’Angelo sees it for the paradise it is, and you can hear that. The San Francisco based producer and multi-instrumentalist lays down hypnotic, electronic soundscapes that transport the listener – and people are paying serious attention right out of the gate. His debut EP Born in Paradise – which leading New Zealand publication NZ Musician called “a surprising, well-constructed groovy set of tracks” – shot up the North American College & Community Radio Electronic and Top 200 Charts, taking the #4 spot in Electronic. He’s opened for major Electronic and Jazz artists such as FKJ and Grammy-nominated Christian Scott among other notable talents, hopping between packed clubs in New Orleans while still in college, and major festivals down in New Zealand. The seeds for that kind of versatility as a musician just might have been planted at a very young age. His upbringing saw him exposed to a range of genres in the home: classical music from his mother and traditional Peruvian stylings from his father. He’s grabbed from his bag of g-funk-inspired hip-hop production, smooth neo-soul piano, funky synths, and plucked out a dark, low-end groove for Durham, NC rapper Mayday on their collab “Priceless Commodity.”

The first single off of David D’Angelo’s upcoming EP In My Own World is a righteous, ominous knowledge drop, a warning to all that we’re stabbing the Earth in the back. With a barely-restrained intensity just this side of crazy, Mayday weaves words likening the Earth’s rapidly-dwindling resources to an MC’s ideas running dry: once it’s done, it’s done. D’Angelo switches between dense, spacey synths and plinking, tip-toe piano, sonically hinting at a not-so-welcoming future on the horizon. Mayday drops triplets over a slow and steady kick/snare, one minute referencing Rick & Morty, the next getting dead serious and lyrically on his game:

These fossils we fueling might have us all crashing
Shocking, we cling to something, that just seems so static
Man-made monsters, creatures of habit
Smoke in the air, why am I gasping

“Priceless Commodity” is 2020’s slow-burn banger anthem about sacrificing one kind of green for another, and it’s arriving just in time. Water scarcity is a major global issue and to help address that, 25% of all proceeds from “Priceless Commodity” in the first year will be donated to Gravity Water, an initiative providing international communities with rainwater filtration systems.

It only makes sense that the pair are releasing the video for “Priceless Commodity” on Earth Day. This is the year to do it, as most of us will be separated from nature, and might feel the message more deeply than ever. Mayday stalks the woods solo, like a Big Cat laying claim to his territory, taking humanity’s constant disrespect toward his Mother Nature personally. Figures in the now all-too-familiar masks dance under a blinding Sun out in the desert and the hills above LA. They swing jugs of water, looking to the sky, exhorting the Heavens. Directed by D’Angelo & Shay Stifelman, who also filmed and edited the clip, “Priceless Commodity” invites us all to take a look at the World and inside ourselves, and ask which side we want to be on. And an invitation this hooky is impossible to refuse.