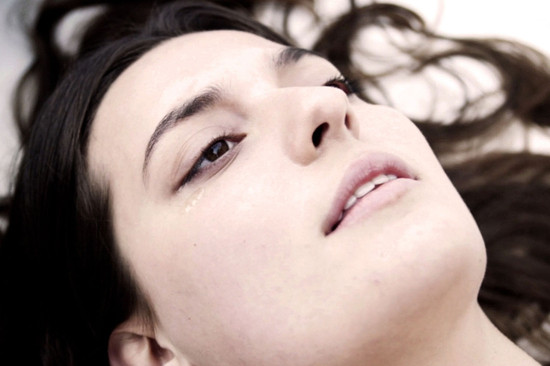 The “multi-instrumentalist” in artist Lila Blue’s multi-instrumentalist/singer/songwriter/lyricist credentials isn’t there just because she can wring songs out of almost any strings or keys she might be in the room with. Her refusal to be tied to one or two instruments is as much a part of her sound as her actual sound is. And ricocheting between genres and instrumentation with each song is what makes her who she is. She’s impossible to pigeonhole and impossible to ignore. In her very short career, she’s already released two albums and an EP and scored a few theater productions. What these stylistically far-flung projects all have in common is her raw confession, painful catharsis, and a voice from beyond.

Blue can do folk, she can do pop, and she’s always done them on her own terms. Her new single “The Dead” is an entirely different beast. It’s a slowly stalking thing called forth from the past, from a world where ghosts are so close to our plane you can feel their touch. The deep, low chords of a cello’s drone can be felt as much as heard, with fleeting, buried percussion that’s more about atmosphere-building than beat-keeping. Blue’s voice stands alone, exposed, left to carry and take the song wherever it’s going. Its otherworldliness here feels like the yearning, heart-rending recitation of an oral history carried across the centuries.

The video opens at Sunup with an aerial shot of Blue laid out inside a rowboat, landlocked far from any shore. She sings her plaintive, beautiful melodies to no one, like she’s the only living thing for hundreds of miles, in sunlight that feels ice cold. Water begins to fill the hull, but she sings on, unfazed, perhaps expecting, even welcoming it. The sun begins to dip low as the water level rises to fill her resting place. Cloudbursts of inky liquid darken the water until it’s as black as the night sky overhead. Her limbs disappear only an inch below the surface. Throughout, the clip cuts to Blue crossing these fields. Is she a traveler on her way to the next life, or a spectral wanderer forever seeking peace?