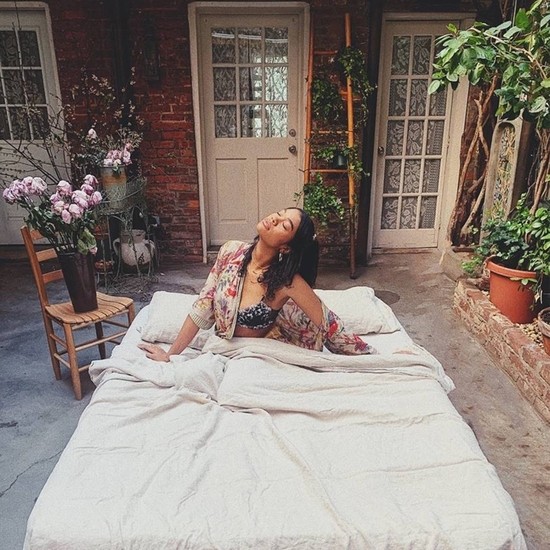 Today New York based singer, songwriter and producer Amber Mark releases a brand-new isolation-inspired demo ‘Waiting’ as part of her ongoing series of covers and originals to be released over the coming weeks titled ‘Covered-19’. The series sees Amber release a new track entirely self-produced and recorded from her NYC flat every fortnight during the lockdown alongside a home-made visual and started with a cover of Nirvana’s ‘Heart-Shaped Box’ that Stereogum calls “a radical reimagining” – watch the video for ‘Waiting (Demo)’ HERE.

‘Waiting’ is a stunning downtempo ode to devotion throughout these testing times that harks back to Amber’s debut EP 3:33am. Together with its self-made video, the demo serves as a powerful reminder for what can still be achieved creatively despite the current challenges we all face.