“I like this song because it feels like it doesn’t belong with the rest of the songs on the album. We can be so desperate for a sense of belonging, but I like the feeling that being an outlier brings. When you take on a sense of belonging, everything looks/smells/tastes/sounds/feels the same. This song can be interpreted as being from the perspective of an outsider. 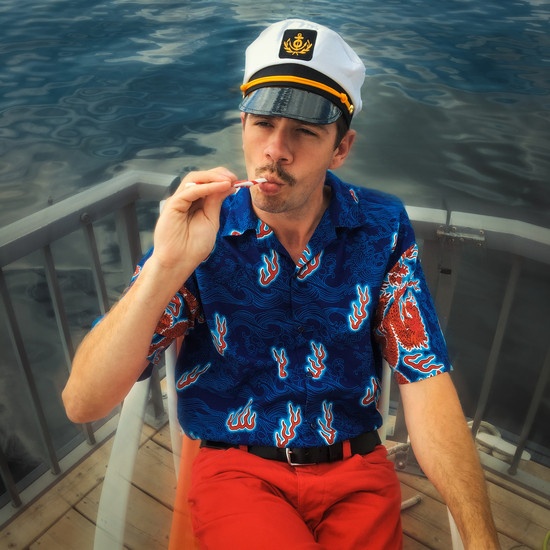 I put a lot of pressure on myself when I’m writing, and sometimes that’s not conducive to making something great. With Electric Man I was able to let everything go and just observe what wanted to come out. That’s a hard thing to do, even when you have nothing to lose. The vocal performance is a bit unhinged in comparison to most other DV songs, probably as a result of that.”

“We’ve been around in various iterations since about 2005. Our first album (S/T) came out in 2009, followed by “Fades” in 2016. Stand of Tide, our third record, came out last year. It’s more of a recording project at this point. Playing shows is fine, but I don’t really get off on it anymore. Experimenting with ideas and sounds in the studio is more my speed these days.”