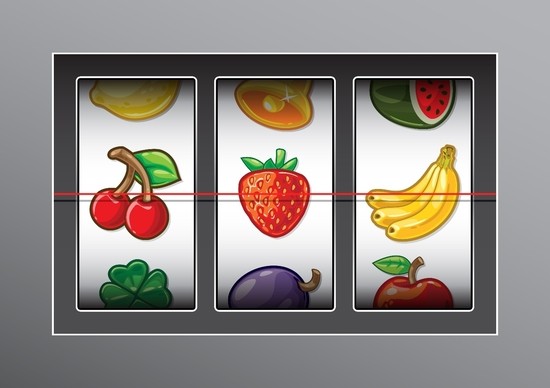 We all love a spin on the Fruit Machine down the pub with our mates, but did you know that, thanks to casino Slots from Betfair, you can now get the thrill of the ‘fruity’ from the comfort of your own home, or even on your commute to and from work! In fact, these fruit-themed games even offer extra bonus features, making them even better than your classic fixed odds betting terminal (FOBT) at your local! Read on to find out more.

It may not be summer time just yet, but luckily for you, it’s always the hottest season of the year in this juicy slot game. Take a walk around the market stalls and fill your basket with peaches, bananas, strawberries, mangos, and more – you can even grab yourself a nice ice-cold cocktail!

Select your wager and get spinning; the aim is line-up two or more of the following symbols: Lemons, strawberries, grapes, oranges, apples, plums and cherries – with the latter being the highest-paying symbol. Land five cherries along the five paylines and you’ll be awarded with a progressive jackpot upwards of £2,000.

The Cocktail Glass – which acts as the Scatter symbol – can land on any payline. When the Scatter icon appears on three or more reels simultaneously then you’ll win anything from five to 500 coins!

If that’s not enough for you, then there’s also the Fruit Bonus game. This is triggered by locking-in three or more Sun symbols – which act as the wild – on any activated payline. When this feature is activated, you’ll be shown a screen with a vast range of fruit. You’ll then need to pick a piece of fruit from each row. However, pick carefully, as the fruit you select will award you with a different prize.

After selecting this game, you’ll find yourself joining a bunch of cartoon pirates aboard their ship – led by Captain Lemmy the Lima – in this fruit-themed slot. Not to worry though, as they aren’t going to steal your bankroll and make you walk the plank, plunging you headfirst into the freezing ocean! But, instead, the pirates will dish out lots of free credits, along with a progressive jackpot and three bonus options to get your booty poppin’.

Land three or more scatters and you’ll have the cannons firing – you could win anywhere between five and 50 free sins. Barrels of gunpowder will fill the cannons, readying them for firing, as the gameplay continues. However, the most explosive thing about this game is the captain. Roll-in a crate during the free spins and Lemmy will appear with a cannon, blowing-up the crate to reveal a fruit symbol that will awarding you with extra prizes.

It gets better, once your cannon has destroyed a few crates and you’ve landed a load of free spins, Lemmy will pull out his own pistol and take aim at some fruit. Land three bonus pistols and you’ll win up to 10 shots at the pieces of fruit.

Everything you destroy will turn into a prize and, if you’re lucky enough to find three gold keys hidden amongst the fruit, then you’ll win Juicy Booty’s Jackpot Treasure progressive jackpot.

What are you waiting for? Grab yourself a nice punnet of strawberries and get spinning!