New Zealand’s Miss June are returning to the road. Known for putting on a commanding live show that often sees singer Amanda Liddell swinging from the rafters, the band play The Great Escape in Brighton before heading to Leeds, Dublin, Glasgow, and London for a headline set at the Sebright Arms. 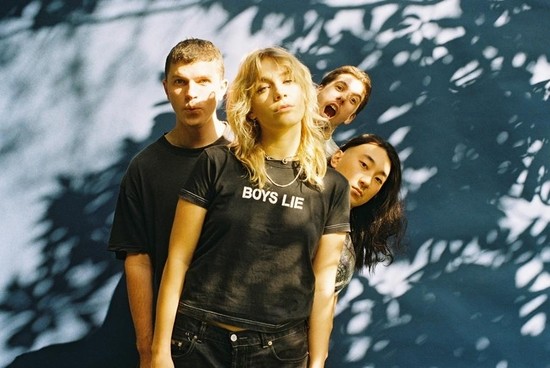 Last summer saw the band release their debut album ‘Bad Luck Party’ (Frenchkiss Records) and today the band also share a video for the LP’s “Orchid.” It was shot guerrilla style while the band had a day off in Nashville during their 2019 North American tour. Directed by Nick Giumenti, it serves to capture the band in their natural habitat: road warriors. He notes, “We put everything together extremely quickly as they only had one day here in Nashville while on tour, but they were fantastic performers and fully willing to try some of my more adventurous ideas. Massive credit to them for being willing to show up early and film for 8 hours and then go play a kick ass show the same night.” Of the track Liddell notes, “‘Orchid’ represents an ongoing rhetoric about loss, subjugation, the strain of pursuing freedom in love and life itself.”