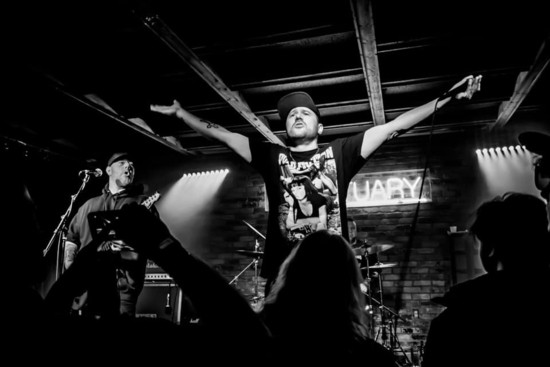 The DRP (feat. JaySin Logik) has released the official music video for single “Rebirth (Sober Eyes)” today. The single is an autobiography of sorts as both have either gone through addiction themselves or have been hit with this difficult subject matter with family members. Everyone on the planet has been afflicted or know someone first-hand of suffering from this subject.

The DRP has many accomplishments through his 2 decades plus of music. First starting off in the metal band SORE in 2002 and then joining PRIMER 55 in 2009 after singer J-Sin Lutrell left the band. In between playing in bands, Donny “The DRP” Polinske started up FORCE 5 RECORDS to put out his music and sign other bands and MC’s. He also worked on his solo music under the name, The DRP. In 2019, he officially joined MOD ClassicTK as the lead singer. The band that features Tim McMurtrie and Kenny Ballone (original rhythm section of USA For MOD). Their drummer is Felix Griffin from D.R.I. fame.