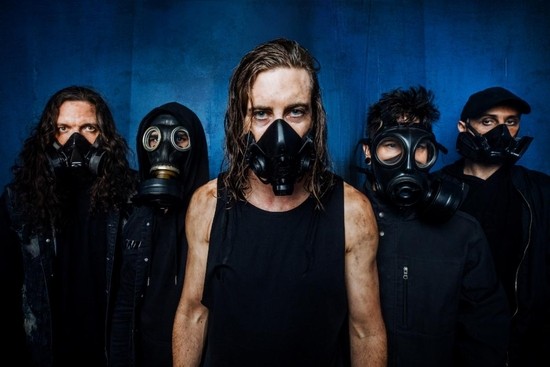 Australian metalcore outfit and environmental awareness harbingers IN HEARTS WAKE are back with their first new music in three years. Known for inspiring change by using social/environmental justice and self-accountability as core themes throughout their lyrics, IN HEARTS WAKE’s new single “Worldwide Suicide” is their most direct and impassioned statement yet. The jarring video (seen below) begins with the intro segment “Crisis” which features a sample of Greta Thunberg’s address at the climate strike in NYC last year recorded by vocalist/frontman JAKE TAYLOR. The video depicts a house on fire with each room representing an ecosystem, and in those rooms a human from every stage of life is under serious threat causing the survival of humanity to face its greatest challenge yet–overcoming the inertia and dysfunction within ourselves to affect real change. Its message of “ecocide is suicide” is a call for positive action and will see the band plant one tree for every 1,000 views it receives.