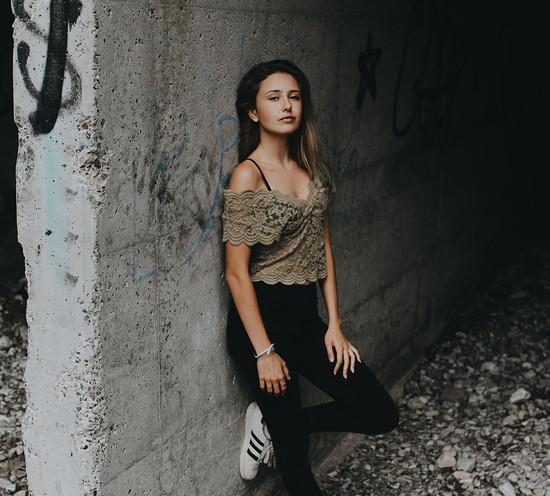 At just 17, Kellie-Anne’s already got a traveler’s wisdom, a wanderer’s honesty and perspective. The Pop and Soul singer/songwriter recently transplanted to NYC by way of Dubai, by way of Quebec City. So she understands that there are a lot of stories that she has the ability and the obligation to tell. And she’s got the innate ability to instantly relate, to fill someone else’s shoes while still managing to speak from her heart. She’s released singles written to empower the victims of bullying, and encourage anyone with a lifelong dream growing cold on the backburner. Able to turn heads and catch ears in venues ranging from international music festivals to legendary Greenwich Village clubs to scruffy open mics, she proudly accepts comparisons to artists like Sia, Taylor Swift, and Ed Sheeran. With a top 5 chart placement on Reverbnation, and 20,000+ streams on Spotify, the time is right to release her strongest offering yet, the epic piano ballad “Legacy.”

A slowly crescendoing tour de force riding on Kellie-Anne moving, cathartic vocals and emotive piano melodies, the true power of “Legacy” lies in its lyrics. Kellie-Anne’s close family friend, John, lives with ALS, better known as Lou Gherig’s Disease, an incurable condition that slowly robs you of the ability to perform even the simplest tasks. It’s as human a trait as the will to live, to want to leave something behind after you’ve shuffled off — descendents, art, or simply a lasting impression upon those who knew you. Sadly, ALS limits one’s options when it comes to their legacy. The story told by “Legacy,” by Kellie-Anne’s rich, octave-climbing singing, is the indelible mark John is leaving. This is the rare song that is powerful in every way.

Kellie-Anne, who also directed, and producer Rob Fitzgerald achieve a powerful subtlety and pull rock-solid performances out of the actors in his videos, especially considering these aren’t actors at all. Her friends and relatives stepped up to portray a family at home, navigating the everyday hurdles that ALS throws their way. Kellie-Anne’s performance of “Legacy” here is simple, striking, elegant — her sonorous voice itself seems to fill the frame when the camera rests on her. The video comes full circle in the coda, which features John giving his thoughts on the track, and as you watch and listen, you realize that this is more than just a song, more than just a video, it’s a once-in-a-lifetime partnership, a legacy like no other.

Art like this is a powerful motivator, and if you’re feeling so inclined at the end of the clip, head over to http://www.alsa.org