From 10th to 13th March, a normally serene part of the leafy green Gloucestershire countryside comes alive with the annual Cheltenham Festival. Horse racing boasts excellent festivals the world over, but there is something a little different about Cheltenham. The crowds are a little louder than at Royal Ascot; the action is a bit more thunderous than the Melbourne Cup; the Guinness – the drink of choice among the 70,000 fans in attendance – flows a bit more freely than the champagne during the Prix De L’Arc de Triomphe. 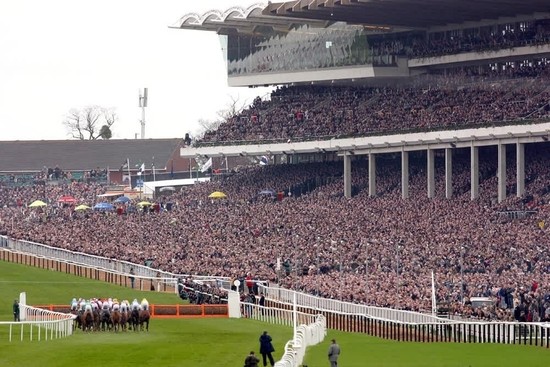 In short, Cheltenham is four days of tremendous action that showcases the best of national hunt racing. And, while the festival is steeped in history, one would argue that it’s become one of the UK’s premier sporting events. Below we will take you through some of the highlights of this year’s festival and discuss why it will be worth tuning in.

A Race for the History Books

Altior might just be the best racehorse of the 21st century, certainly if you go by the stats. He broke the world record for consecutive wins in jumps racing last year, reeling off 19 consecutive victories over a four-year period. Next week, he is priced at 2/1 (various) for the Champion Chase, and a victory will seem him take an incredible fifth Grade 1 win at Cheltenham. Altior rarely gets such a big price, but it comes with the caveat that two very good horses, Defi Du Seuil (9/4) and Chacun Pour Soi (5/2, Willliam Hill), are ready to take a shot at the king. This could be a race for the ages.

All Eyes on Tiger Roll

History is very much a theme at this year’s Cheltenham, and Tiger Roll will be under lots scrutiny as he too bids to become a five-time Cheltenham winner. He is the hot-favourite at even money for the Cross Country Chase, but fans will simply want to see him use it as preparation for the Grand National in April. There, he will hope to emulate the hat-trick record of the legendary Red Rum, but a good run is required at Cheltenham first.

The most important race of the festival, the Cheltenham Gold Cup, is always tough to call. However, this year there is a plethora of brilliant horses in the mix. Al Boum Photo and Santini, both of whom can be backed with the latest Cheltenham free bets, are the co-favourites at the moment, with odds of 7/2 (Bet365). But don’t rule out the likes of Delta Work (9/2), Lostintranslation, Kemboy and Clan Des Obeaux (all 7/1). Indeed, perhaps up to ten horses could win this race, and that’s a recipe for a vintage renewal.

A Chance to See the Stars of the Future

Cheltenham always delivers a nice blend of new talent and returning heroes (see below). As for the former, Cheltenham offers a chance to turn potential into greatness. Races like the Supreme Novices’ Hurdle and the Arkle Challenge will birth new stars of the racing world. This year, expect to see great things from the likes of Asterion Forlonge and Notebook in the big novice races. But keep an eye on Envoi Allen in the Ballymore Novices’ Hurdle. He has the mark of greatness on him, but can he step up to deliver on the big stage?

A Chance to Say Goodbye to the Greats

This could be the last Cheltenham for big names like Tiger Roll, Min and Faugheen, all of whom have delivered special moments down the years. It is part of the unique code of national hunt racing – where horses keep performing until they become teenagers – that relationships are built up with the fans over the years. Expect a special farewell for some of these stars, and perhaps a tear or two from the paddocks.