Born in St Croix, JayQ The Legend came to the United States at the age of 12. His family first laid down roots in New Orleans, and, it wasn’t long before the magical music of the city captured his attention. As his interest in music developed, he joined his church choir, which laid the foundation for his future music career, “Everyone at church was insanely talented. It was like going to a school for the arts every day!”. 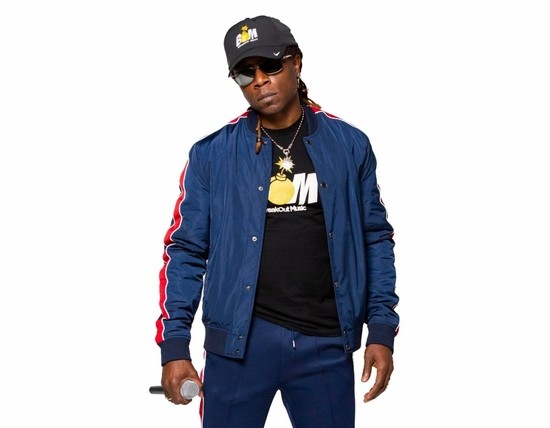 After high school, JayQ The Legend made a heroic decision to join the Marines. In the Marines, he earned the level of Platoon Honorman. After his military service, he entered Law School at LSU, and devoted much of his career to civil rights and defending the disempowered. He also hosted a radio show called “Talk Calm”, focused on creating a better society and environment, that served 2 million listeners in the Gulf Coast. He authored several books, including “Watch Your Step”, a law book for teens to help them navigate the challenges of being a minority in the deep south.

After his incredible success as a trial lawyer, JayQ The Legend, made another bold move to dive fully into his passion for music. He currently is the CLO and COO of BreakOut Music, as well as a top artist under the brand. JayQ The Legend also wrote and co-stars in the upcoming holiday comedy “The App That Stole Christmas”, with Ray J and Jackie Long. Three of JayQ The legend songs will be featured on the movie soundtrack.

If you don’t see JayQ The Legend on the street, look up. He is an avid pilot, and can often be found flying his Rockwell Commander.