Dinosaur Pile-Up have shared the official music video for “Round The Bend” off their acclaimed album, Celebrity Mansions. Created by Toon53 Productions, the animated video is streaming now on the band’s official YouTube channel and depicts a heart-wrenching story of lost lovers and a car-ride gone wrong. 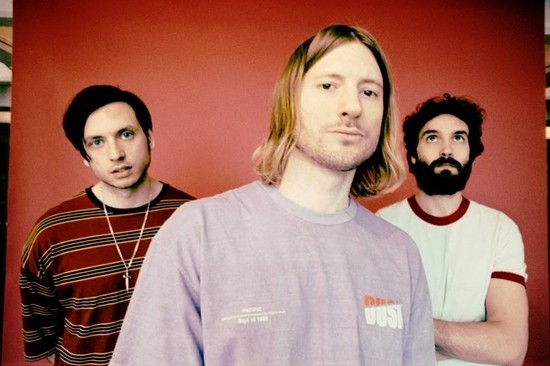 Frontman Matt Bigland commented on the clip, stating, “‘Round The Bend’ is about being at the very edge of your emotional strength. I wrote it when I was at a breaking point of sorts, where I felt like what I’d been trying to make happen with the band for twelve years wasn’t in fact going to happen. When I wrote the song and whenever I listened to the demo, I’d imagine this short film playing out in my head – the story was extremely vivid in my mind and really heart-breaking. Seeing yourself immortalized as a cartoon is always a trip, but the end result had us all bouncing off the walls!”