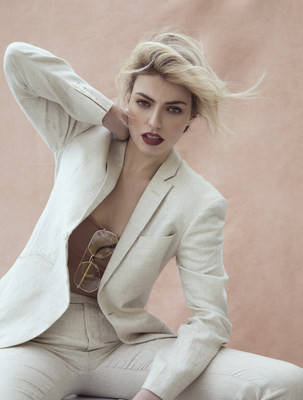 “In the Wild,” [XIX/AWAL; Writers: Lola Lennox & Jon Green, Producer: Jon Green] reflects a toxic relationship that was still fresh in Lola’s mind during a songwriting session. “The verses depict a depressive, grey city, a suffocating feeling. The chorus is a dreamscape, fantasizing about letting go of the issues to make something work even when you know deep down it’s not the right choice. The video for the song really enhances the emotion of what I was feeling.”

Lola ended 2019 with a bang after the success of SERENGETI, a documentary that aired this past summer on BBC (UK), Discover Network (USA) and 24 other countries around the world including China, South Korea, Brazil, Australia and Iran. The innovative six-part series highlighted majestic animals in their day-to-day setting on Africa’s Serengeti, with narration by Oscar winning actress Lupita Nyong’o and an original score by Will Gregory (Goldfrapp). Lola wrote and recorded several songs for the docu-series with Will, and was able to perform them with the Hollywood Symphony Orchestra at a special event for at the show’s premiere in Los Angeles.

A inspiring talent on the rise, Lola will be releasing more singles throughout the year.