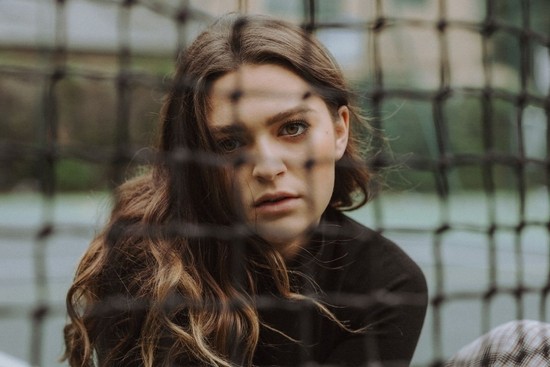 Growing up in Alabama, Adams made the transition from cheerleader to passionate songwriter early on in high school. With few musicians, fewer concerts and family that belonged to a deeply conservative church, the alt-rocker resorted to playing secret shows in cafes and coffee shops. At age 16 she left high school and moved to Nashville where she immersed herself in the underground scene and began creating a wealth of material, with ‘Good At Being Young’ the first product of these sessions.

Spawning acclaimed lead singles ‘Backseat’, with its fiercely anthemic overtones, and bittersweet, reflective follow-up ‘Cloverland Drive’, the rising musician has certainly made quite the early impression, receiving heady comparisons to several of her contemporaries. Adams’ mature songwriting, focusing on the friendships and hardships of her formative years, has already attracted plaudits from key tastemakers including The Fader, Billboard, The Line Of Best Fit and Earmilk.