twst, the project of Welsh songwriter, vocalist, and producer Chloé Davis, unveils the Joy Anonymous remix of her debut track “Girl On Your TV” today via Soundcloud. 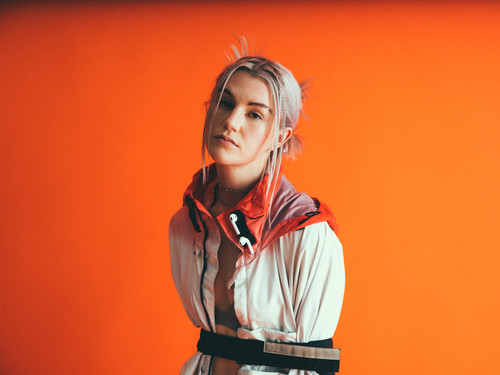 twst is already catching the attention of the likes of Apple Music’s Zane Lowe, who premiered her debut track, “Girl On Your TV,” and The Guardian, who named her an artist to watch for 2020.. “Are You Listening” is the latest song from the rising London artist whose tracks “Always,” the aforementioned “Girl on Your TV,” and “Sad Girls Club But U Gotta Be Cute,” were recorded and produced with her friend Danio Forni in her bedroom and mixed by Rob Kinelski (Billie Eilish, King Princess, Alice Merton, Alessia Cara).

Born and raised in Barry, Wales, twst left home at 14 and relocated to a recording studio in the rural South Wales Valleys where she began studying music production, pop culture, and the world at large. Now based in London, twst writes, produces, and directs all of her music and videos, primarily within the four walls of her bedroom, regularly working with friends she has met in the London music scene.