20 years in the making, this album is the result of a collaboration between lifelong friends and is a love song to their hometown and families – and it’s the best damn rock n’ roll album you’ve heard in a long time! 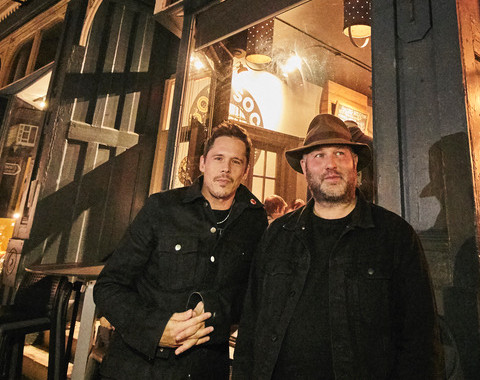 BIO – The Birds of Ontario is a musical collaboration of singer/songwriter Joe Roncetti and Eric Grosvenor. These two musical forces have been writing and performing music together for 20+ years. During their two decades of co-creating, they have released 7 full-length albums. For 19 years, Roncetti lived and worked in L.A., where he worked and wrote with the likes of Robbie Nevil, Chris Goss, Bernard Fowler, Don Smith, J.J. Blair, Marc Ford, Bobby Womack, Glen Ballard, and Blackie Onassis from Urge Overkill. Originally hailing from Toronto, Roncetti decided to migrate back to his Canadian roots and settle in Port Perry, ON, where he and Grosvenor can forge forward, on the cusp of their new album release.