Today, Tech N9ne announces the “ENTERFEAR Tour 2020” with Jelly Roll and drops a new music video, “Yeah No!” (feat. Mackenzie Nicole). “Yeah No!” was released in November on the ENTERFEAR – Level 1 EP; the five-track effort offered fans the first taste of Tech N9ne’s next album, which is set for release in 2020. 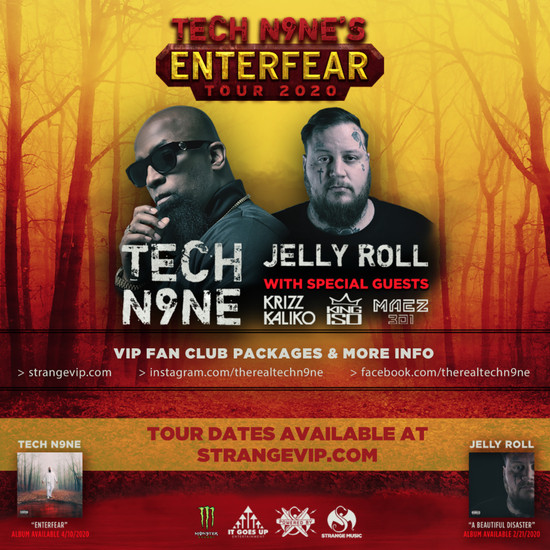 Known for his inimitable live performances, Tech N9ne is scheduled to kick off his ENTERFEAR Tour 2020 on April 1, 2019 in Oklahoma City. From there, the tour will launch across the U.S. at Tech N9ne’s signature breakneck pace to complete 55+ shows in just over two months. Jelly Roll joins the tour for all but three dates, and special guests Krizz Kaliko, King Iso, and MAEZ301 will provide support at each show.