Nashville-based group, The Band CAMINO, have shared an acoustic version of their breakout single “Daphne Blue.” The re-imagined version is available now on all streaming platforms and is joined by an in-studio video documenting the recording of the track. 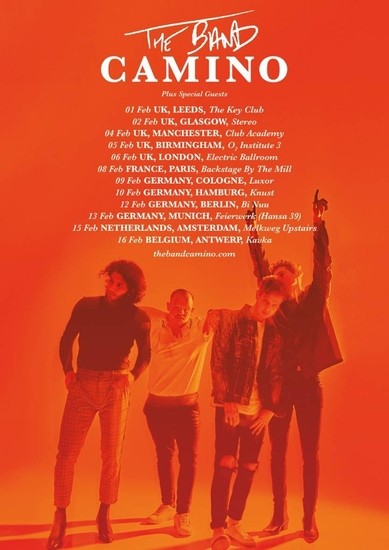 This February The Band CAMINO will head overseas for their first ever European headline tour. The 2020 dates will begin February 1st at The Key Club in Leeds, United Kingdom and will see the band traversing Europe through a February 16th performance at Antwerp, Belgium’s Kavka. The run will also see The Band CAMINO making stops in France, Germany, and The Netherlands, along with multiple performances in the United Kingdom, including a show at London’s Electric Ballroom on February 6th [see itinerary / admat below]. For tickets and more information on the upcoming European tour, visit thebandcamino.com.