Planet Peacock’s single, “Blind Side,” has a distinctly 90s rock sound, especially with its semi-grungy electric guitar groove. From New Jersey, this fourpiece rocks hard, yet ever so melodically.

This song combines riffing guitars, with fluid bass lines and adds in layered lead lines. Once the vocal kicks in, though the backing instrumental quiets down as the vocal takes centerstage. However, the sweet bass work continues to weave its way through the tune. 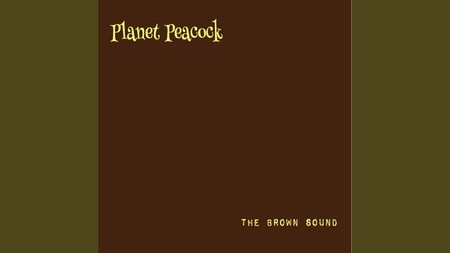 It’s not easy to figure out specifically what the group is attempting to say with the lyrics to its song. During the chorus, however, they sing, “You drown in your treason.” It continues later, “And the pain is so real.” Just what is causing this deep pain, however, isn’t especially clear. It may be a breakup song of some sort. The singer sounds especially hurt, which suggests something personal. Yes, artists can feel pained by political situations, too, but this pain is far more corporate than individualistic in these cases.

The song’s title, “Blind Side,” suggests driving hazards. Motorcyclists, for instance, cannot always be easily seen by a driver on his/her blind side – a visual impairment. However, a more emotional interpretation is suggested by this title. One member in a relationship has been blindsided – more than likely through an act of infidelity. Nevertheless, the song’s title never appears overtly in the song’s lyrics. Instead, a description of blindsiding is described by the vocalist, without actually coming right out and saying it.

About 3/4s of the way through, the single has a nice little boogie sounding moment. It sounds like 60s rock-soul music. Then at the very end, an organ is heard. Organ instrumentation – and keyboards in general – were far more prevalent in the 60s, and on into the 70s. By the 80s, though, natural and organic keys were mostly replaced by cold, metallic synthesizers. Not that this was completely a bad thing; synth-based songs made for some of the best pop music, particularly during the movement that’s come to be known as the New Wave era. However, hearing organ on Planet Peacock’s latest single, sparse as it is, is nevertheless welcome and refreshing. Sometimes you don’t know how much you miss a sound until it’s been gone for a while, and soulful organ is one sound that’s been absent far too long.

The album from whence this single is taken, The Brown Sound, is also a curious name for a full-length. What exactly does the color brown sound like? It’s not black music. This is clearly not Latin music. There is that UPS slogan, ‘What can brown do for you?’ which refers to the UPS color scheme. One hardly thinks there is any brand name relationship there, though. Perhaps the whole album might give more clues to its title’s interpretation.

Planet Peacock has roots in a few eras, and thankfully, these were memorable, fruitful musical eras. The group is solid musically, and this song is especially soulful. One might have expected the group to come from someplace like Georgia, what with its elastic groove. Then again, Bruce Springsteen is also from New Jersey, and nobody ever questions his soulfulness. This is yet one more band that can make New Jersey proud.