Multi-genre singer-songwriter, FITUMI, is gearing up to release “Lightning,” the second single from his forthcoming alt-rock/pop debut EP, Know Who I Am. But if you would have told FITUMI a few years ago if he would be releasing his own music to the world, he likely would have laughed at the idea. You see, a few years ago, FITUMI was Chris Smith, veteran songwriter, splitting his time between North Carolina and Nashville. Content writing songs for other people. But the more he helped other songwriters develop their own voice, the more he realized he was discovering his own. So FITUMI was born.

A modernized acronym for “Fake It Til U Make It,” FITUMI’s name was inspired by his father before he passed. FITUMI recalled “My father would joke, ‘You can’t be afraid to get out there. You either have to fail until you make it or fake it until you make it. Usually a bit of both.'” FITUMI’s name is a playful wink and nod to that attitude and this entirely new venture in his career. “I have often felt like a fish out of water, navigating this new artist path, but I think that’s a positive. In life, you can’t be afraid to take chances and try new things. You can’t be afraid to fail. I couldn’t be afraid to be a former Army Intelligence Captain, turned songwriter, turned artist. FITUMI represents that rebuke of fear for me.” 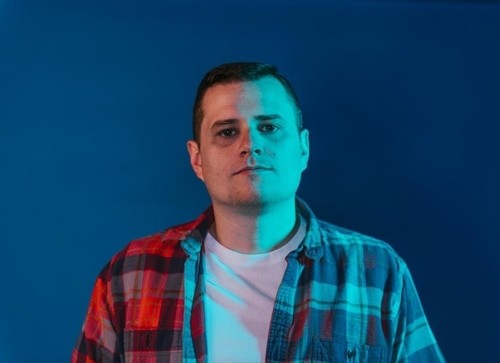 FITUMI’s sound draws on a very diverse array of influences from classics like Frank sinatra and Sam Cooke, to 80’s bands like Queen & Genesis, all the way to more modern inspiration from bands like Imagine Dragons and X Ambassadors. “Going into the studio, the goal was to bring my abundance of influences into fruition in a modern way. So I partnered with several talented collaborators, to include acclaimed indie-pop/rock producer Mark Eckert, and I began exploring sounds I had never explored before. What emerged was a blend of alt-rock and indie-pop that brought together big melodies, dynamic percussion, subtle synth nods, with my purposeful but relatable messages and themes.”

The new single, “Lightning,” is a powerful alternative rock track about the struggle and battle over addiction and highlighting the addict’s struggle to overcome their vices. It was written by FITUMI and produced by Mark Eckert. FITUMI recalls, “Lightning was the first song written for my project. It originally spawned out of a challenge I led in 2015 called the #52Songs52Weeks songwriting challenge, in which I would write one original song a week and upload it to YouTube. Lyrically, the inspiration behind the song came from a lifetime of watching family, friends, and fellow soldiers battle their various addictions. My own father, who was the primary inspiration for the song, battled with addiction his entire life. This song serves to illustrate their fight with those demons.”