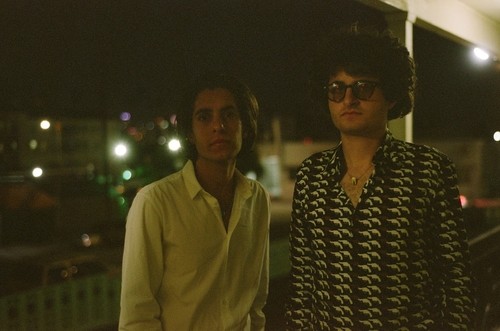 Sons Of Raphael – AKA brothers Loral and Ronnel Raphael – have released “He Who Makes The Morning Darkness”, their first new song since 2018’s debut EP A Nation Of Bloodsuckers and the first single to be shared from their forthcoming, yet-to-be-announced debut album, due next year via Because Music (Christine and the Queens, Justice, Metronomy). Written, arranged and produced by Loral and Ronnel, and mixed by Philippe Zdar, “He Who Makes The Morning Darkness” melds dense layers of fuzz, saxophone and soaring string arrangements with beautifully evocative lyrics uniting religion, mythology, and realism to form an intensely melodic and uniquely timeless wall of sound.

In the song’s accompanying visual, directed by Loral and filmed in the desert, the brothers set fire to a sign that reads “GODISNOWHERE” – a comment on humanity’s dilemma of whether to believe in God: read either as “God is nowhere” or “God is now here”, depending on your belief.