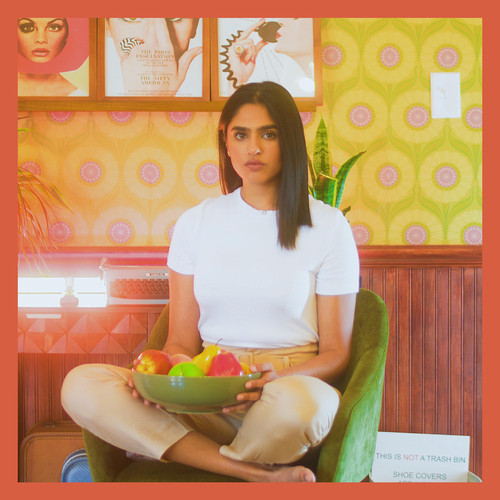 “What is reality anymore?” This is the question that’s resounding with the release of her music video “Wannabe” that’s leading up to the November 14th release of her two-track single, ‘Willoughby.’ Here, Shreya Preeti shares her honest emotions about existing in a time where the present is fleeting, and holding someone’s attention is more difficult than ever. Revealing an equally vulnerable and strong side by confessing her struggles of being true to her art, all the while not wanting to be fake for the purpose of likes or follows. Sung over a catchy melody and classic beat, “Wannabe” is Preeti’s all to action for both herself and her listeners to search for affirmation and meaning that goes deeper than the temporary “hit” social media gives nowadays.

Recognized by her sultry, powerhouse vocals, intimate songwriting, and downright refusal to be anything but herself, Los Angeles transplant Shreya Preeti is more than just a fresh face in the pop music scene. From paying homage to her South Indian roots by learning classical Carnatic music as a child to singing a cappella while in college, the Minnesota native has never shied away from her vocal abilities. And while she didn’t begin harnessing her talents as a solo act until 2017, Preeti has made it clear by her continued growth in audience that she is an artist worth hearing. With a passion for combining experimental and catchy melodies with nostalgic production sounds, Preeti is unafraid to step outside of the confines of mainstream music. Still, she manages to deliver her message in a tasteful and comfortable pop package, as showcased by her November 2019 two-track record, ‘Willoughby.’ Drawing an equal influence from classic pop legends like Chaka Khan and current icons such as Ariana Grande, Shreya Preeti successfully presents music that may not be bubblegum pop, but that consistently tastes just as sweet.