Acclaimed indie-pop duo Tennis has announced today’s release of their eagerly awaited new single. “Runner” is available now via Tennis’s own Mutually Detrimental label at all DSPs and streaming services. 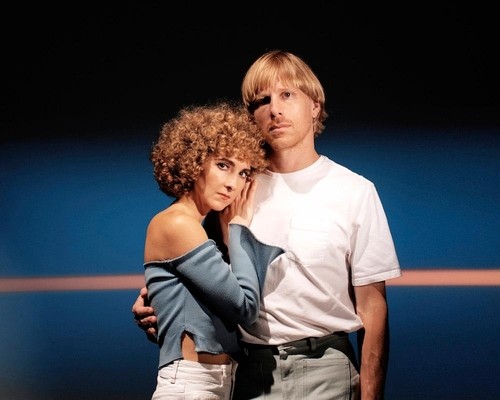 Tennis’s first new music in almost three years, “Runner” heralds the band’s highly anticipated fifth studio album, SWIMMER, arriving at last on Valentine’s Day, February 14, 2020. Produced by Tennis and mixed by four-time GRAMMY® Award-nominee Claudius Mittendorfer (Panic! At The Disco, Parquet Courts), SWIMMER sees the Denver, CO-based husband and wife duo of Patrick Riley and Alaina Moore elevating their distinctive pop approach to heretofore unexplored new heights, experimenting with atypical instrumentation, complex time changes, and an increased focus on lyrical storytelling fueled in part by a series of life-changing experiences that only served to strengthen their already powerful personal and creative bond. As with their 2011 debut album, CAPE DORY, and their acclaimed fourth LP, 2017’s YOURS CONDITIONALLY, the new album was written largely on the sea, this time during a four-month sailing excursion in the Sea of Cortez, Mexico as well as Tennis’s own Denver, CO recording studio.